By LRU Writer | On: April 25, 2019
Actress Yetide Badaki got thrust into the limelight in 2014 when she portrayed the character Keira in the TV series Sequestered... Continuing on her career trajectory, she gained further traction as Bilquis in the Starz drama American Gods -- a TV adaptation of the beloved novel of the same name by Neil Gaiman... 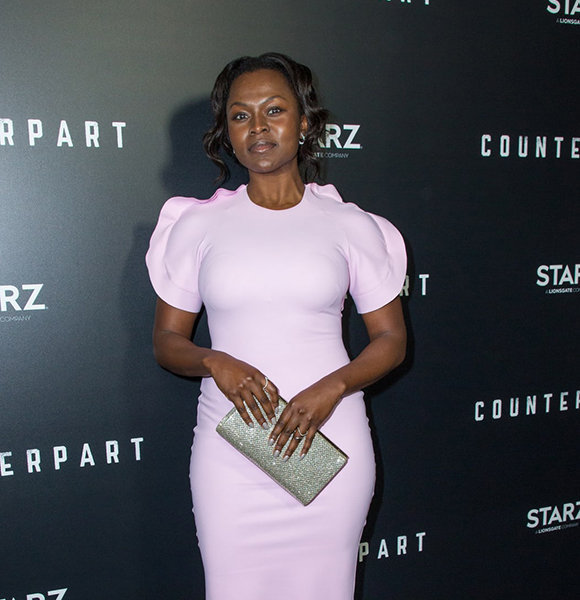 Actress Yetide Badaki got thrust into the limelight in 2014 when she portrayed the character Keira in the TV series, Sequestered.

Continuing on her career trajectory, she gained further traction as Bilquis in the Starz drama, American Gods -- a TV adaptation of the beloved same-named novel by Neil Gaiman.

Born on 24th September 1984, Yetide - now age 37 - is a native of Ibadan, Nigeria. She, however, spent about three months in England when she was three to six months old.

Following the unrest at home, her parents along with the rest of the family - including her siblings - moved to the United States when she was about to enter her teenage years. Her dad had landed a job at the World Bank.

The move, however, came at a cost. While taking refuge in America, the Sequestered actress witnessed her parents' divorce.

An African-American woman by ethnicity, Yetide recieved her American nationality around 2014 -- three years before getting cast for the landmark role in American Gods.

A bright student since the start, Yetide excelled at school. She holds a degree in English Literature from McGill University.

While at Illinois State University, her decision to switch from Political Science to Theater Studies didn't go down all too well with her parents. By her admission, both her father and step-mother disowned her.

Despite making amends, her parents - father in particular - have shown no desire to watch American Gods because of the explicit scene involving her.

What she lacks in 5 feet and 3 inches (1.6 m) height, Yetide makes up for it with a relentless worth ethic.

Yetide authenticity gets reflected in her roles.

Besides Sequestered and American Gods, the Nigerian-born beauty boasts notable acting credits in TV shows like This Is Us, Masters of Sex, Criminal Minds, and NCIS: New Orleans.

Fellow American Gods Star:- Crispin Glover Is Not Gay but Isn't Married Either! Has The Actor Talked About Relationships In Any Of His Interviews?

Beyond the small screen, she made a noticeable splash because of her movies such as Lost, Cardinal X, The Prayer Circle, The Long Shadow, and Expiration.

Yetide's excursions in Hollywood hasn't gone to waste as she boasts over a six-figure sum in net worth.

Married Woman With Husband Or Dating?

Given her age and scintillating beauty, one would find it hard to believe that Yetide isn't a married woman -- or atleast that's what she wants the fans to think. Yetide Badaki signals singlehood as she attended the event held in LA to mark the season 2 premiere of American Gods circa March 2019 (Photo:- Gettyimages.com)

An enigma when it comes to divulging her romances, the This Is Us actress is yet to come clean about her having a boyfriend or husband.

If she's not a married woman with a loving husband, it makes her one of the most sought-after bachelorettes in all of Hollywood, no doubt! In contrast, if Yetide is indeed dating, her assumed boyfriend would make a lot of men jealous.