By LRU Writer | On: November 27, 2019
Zach Collins is an NBA basketball player playing for the Portland Trail Blazers...has a height of 6 feet 11 inches...always knows to have his hair in place...was seen dating a girlfriend a while ago...raised in a family of four...father was a former basketball player, but injuries ruined his career...his parents have two children, including him and his sister... 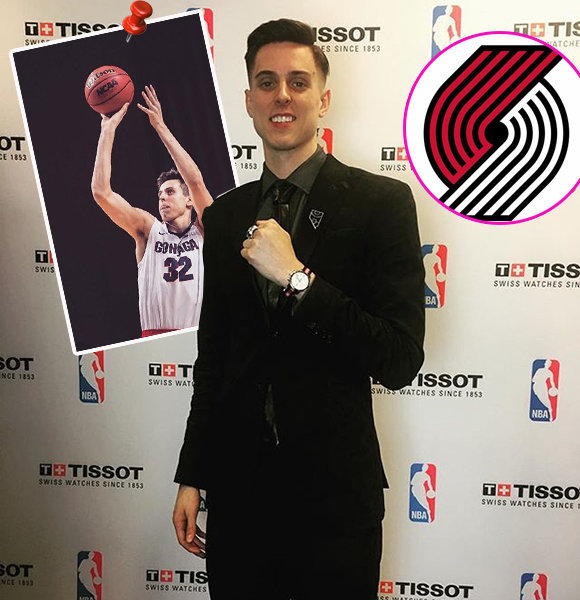 Zach Collins is a basketball player for the Portland Trail Blazers. Drafted in the 2017 NBA Draft, he is still with his first team in the NBA.

The athlete has had a decent start to his NBA career if not for the injuries he has sustained multiple times playing for the Blazers.

But, does he have anyone special who helps him get through the hard times of injuries? Is he with anyone who is considered his girlfriend?

Is Zach Collins Dating Anyone?

Despite his athletic background and attractive appearance, Zach seems to be single as of 2019. However, he was seen hanging out with a woman from his friends’ circle. The woman in question is Angelica Rose Payne.

The pair were seen going out a while ago, in around May 2017, to be precise. Their romance seemed to be going well for a while.

However, the romance apparently died after a while. Subsequently, Zach deleted the posts that could be related to him dating Angelica, probably because the couple broke up after a while. Zach Collins and Angelica Payne pose for a now-deleted photo in May 2017 (Photo: thesportsdaily.com)

One more thing to notice about this relationship is that Angelica is a member of his friends' circle. Zach still has pictures of her, and with a few other women from back when they were still friends on Instagram.

Therefore, it would be unfair and wrong to assume that Zach dated all the girls with whom he has posted pictures.

Another possibility could be that Zach is keeping his dating life out of social media to avoid gossips and misjudgment from people. Whatever the case may be, Zach seems to be single for now.

Zach Collins comes from a family of four. His father, Michael Collins, was also an aspiring basketball player at New Mexico State. Unfortunately, a knee injury ended his career. But Michael didn’t leave basketball. He instead coached his son and taught him the game from when Zach was four until his high school.

As for his mother, Heather Collins, nothing else is known about her except her name and that she has another child - Zach's sister Taylor.