By LRU Writer | On: May 20, 2021
Zerlina Maxwell- political analyst, speaker, writer, and commentator, unlike many stars, likes to keep her love life all wrapped up. To this day, the political analyst of NBC/MSNBC is single and has no planning on getting married anytime soon...if she decides to be in a relationship with someone, it would be with someone like Doug Emhoff- American lawyer and the husband of the U.S. Vice President Kamala Harris. 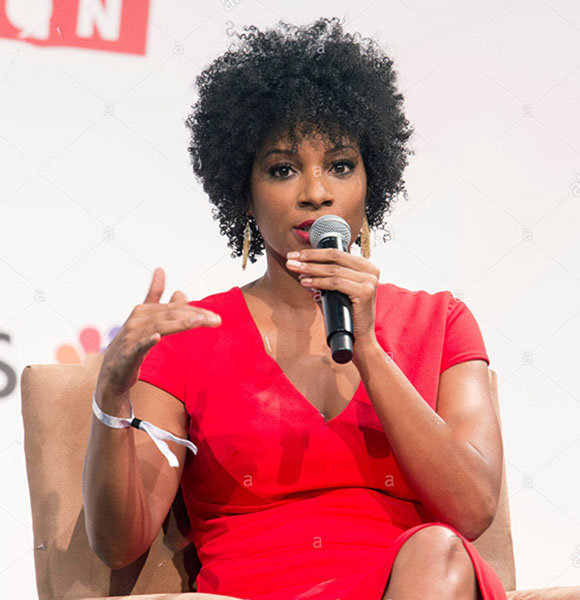 Zerlina Maxwell- political analyst, speaker, writer, and commentator, unlike many stars, likes to keep her love life all wrapped up. To this day, the political analyst of NBC/MSNBC is single and has no planning on getting married anytime soon.

Who Is Zerlina Maxwell?

Although she has kept her relationship status private, words like dating and marriage have come across through her social media. In one of her tweets in 2018, Maxwell expressed that she would rather stay single for the rest of her life than marry someone who cannot make her happy.

I’d rather be single for the rest of my life than be with a man who doesn’t make me happy. This isn’t rocket science. — Zerlina Maxwell (@ZerlinaMaxwell) December 23, 2018

Also, in May of 2019, she confirmed she was not married by replying to a fellow follower on Twitter.

Thanks Jonathan. I am not married but I did tell myself how fly I am in the mirror earlier bc I'm trying to channel my inner @lizzo these days. lol https://t.co/dn47ngmFoH — Zerlina Maxwell (@ZerlinaMaxwell) May 31, 2019

Further, on November 20, 2019, Maxwell took to Twitter and expressed that she is not interested in marriage. Still, if she decides to be in a relationship with someone, it would be with someone like Doug Emhoff- American lawyer and the husband of the U.S. Vice President Kamala Harris. She also mentioned that the way he talks about her wife reminds her of Michelle Obama.

I’m not sold on the whole marriage thing but if I ever decide to attach myself to another person for life they better be my hype person like @douglasemhoff !!!

How he talks about his wife reminds me of the first time I ever saw Michelle Obama speak. — Zerlina Maxwell (@ZerlinaMaxwell) November 20, 2019

Life Before Becoming A Commentator

On top of all, she frequently appeared on CNN, FOX News, and other networks as a commentator.

But, before working as a commentator, she was a victim of Bill Cosby's sexual assault. She was about to start her first year as a law student when Bill attacked her.

At the time, Zerlina did report to the police about her encounter with Bill. However, she didn't press charges because she didn't want to carry an additional strain of a possible trial.

Know More About Bill:- Bill Cosby's Sexual Assualt Case Concluded As Mistrial; Prosecutors Vow To Come Up With A Retrial

Zerlina only came out with her experience only after Bill Cosby was sentenced to prison and is known for discussing topics such as sexual assault, rape culture, racism, sexual consent, and gender inequity. As a survivor of sexual assault, she even calls herself a survivor activist.

Keeping her past aside, Zerlina is now happy working with Jess Mcintosh at MSNBC. Jess is a feminist commentator working in the same field as Zerlina.

Although Zerlina has been working in her sector for a few years now, she has also received backlash for her work. Many people have marked her content as baseless and singularly focused. As a result, a petition was created to remove Zerlina from MSNBC.

Despite her shortcomings, she is quite successful. But her salary is unknown, and her net worth is also confined.

Zerlina was born on 16 November 1981 into a family of African ethnicity. Her mother is Dr. Yvette Maxwell, but her father's name is unknown.

She acquired her law degree from Rutgers Law School, Newark, and graduated with a B.A. in International Relations from the Tufts University. Maxwell has a height of 5 feet 5 inches (1.65m)