Abbie Burnett Married At Age 26, Details On The Wedding With Husband!

By LRU Writer | On: November 04, 2018
Welcome to Duggar Family! Abbie Grace Burnett tied the knot with the famous John David Duggar on Saturday, i.e. 3 November 2018 after four months of courtship. 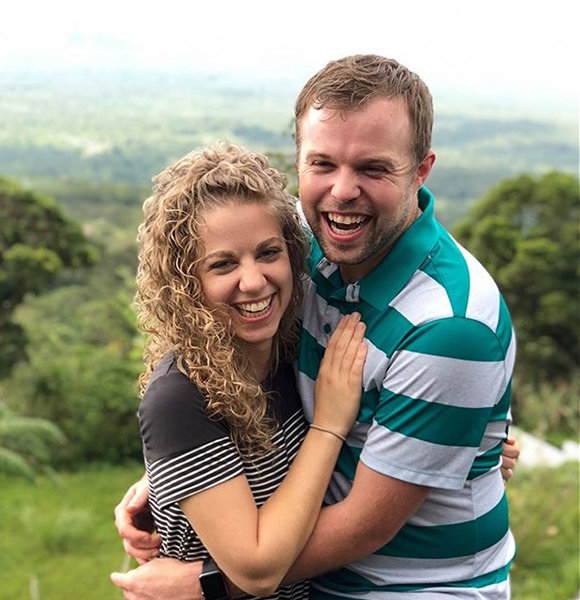 Abbie Grace Burnett tied the knot with the famous John David Duggar on Saturday, i.e. 3 November 2018 after four months of courtship. For her memorable day, the bride, age 26, walked down the aisle on Renee Miller designed a white bridal gown.

The newly married couple exclusively stated to US weekly:

“We are so excited to be married!” the couple told Us exclusively. “It was a beautiful moment and we so appreciate our friends and family for sharing this day with us. Most of all we are thankful to Christ for bringing us together.  This is going to be an amazing journey!”

The great Duggar family confirmed the wedding on their site in a post called "Husband and Wife!" Stating about their joyful married life, the family thanked their attendees for their presence during the thoughtful ceremony. The couple began dating in June and went public with their courtship in TLC video. The now-married couple, who have known each other for several years, fell in love very quickly after meeting in church event in Oklahoma which truly brought them together.

"We are so excited to announce the courtship of John David and Abbie!"

Furthermore, the proud parents gushed about their beautiful relationship with the best wishes for their upcoming future.

After a month the couple went public with their relationship, John-David, aged 28, got on his one knee in an airplane hangar in front the special sign that read, "Abbie, Will You Marry Me?" with the beautiful engagement ring.

The couple Instagrammed the glimpse of the special moment in their joint Instagram account gushing to spending their lives together. Also, the couple posted the joint statement on Duggar's family website announcing their engagement. The wedding bells came late for the John-David than most of his siblings as his young sibling Joy-Anna is already married and has a child at the age of 20.