American Actress Anna Faris Revealed Herself to Be a Victim of Sexual Harassment in the Past! 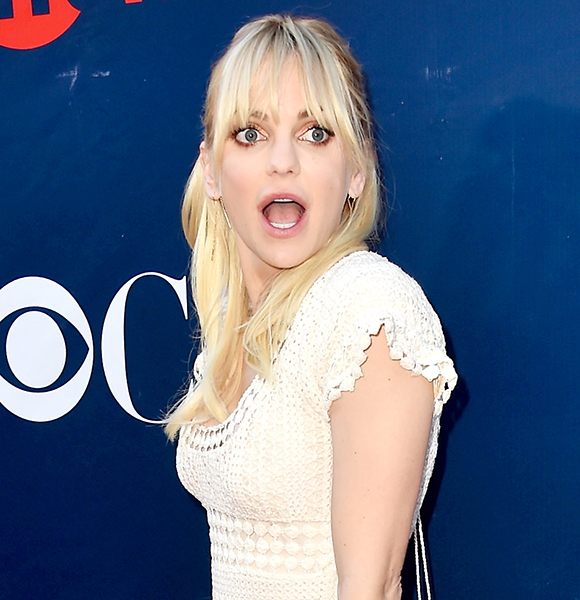 Most recently, names of the most prominent male personalities in the TV biz are going down, all cornered by sexual harassment allegations. The names include Late Roger Ailes, Sean Hannity, Bill O’Reilly, Harvey Weinstein. Anna Faris has kept the name of the male director a secret but did not back out from talking about what happened to her.

Anna, who previously was married to Guardian of the Galaxy star Chris Pratt, said on Tuesday,

“I was doing a scene where I was on a ladder and I was supposed to be taking books off a shelf and he slapped my ass in front of the crew so hard. And all I could do was giggle.”

She further continued explaining her misery at that time,

“I remember looking around and I remember seeing the crew members being like, ‘Wait, what are you going to do about that? That seemed weird.’ And that’s how I dismissed it. I was like, ‘Well, this isn’t a thing. Like, it’s not that big of a deal. Buck up, Faris. Like, just giggle.’ But it made me feel small. He wouldn’t have done that to the lead male.”

Recommended: Tackling Sexual Harassment: What to do if you are being Sexually Harassed at Work?

Anna shared that, every time something awkward, something unusual happened to her- like being slapped in the buttock by the director of a movie, laughs and giggles always came to her aid because they put things at ease.

“We’re conditioned to giggle. But also, if we were to do anything else, we’d be labeled a bitch or difficult. That would be the best of circumstances. I guess what I do is I laugh. It puts everyone at ease when I feel incredibly uncomfortable. That’s the defense mode you go into.”

Faris further went on to reveal that the same director hired her for the project because of her legs. She told that there was no problem for compliments on her great legs, but the problem was with the fact that she wasn’t hired as an actress there.

“Listen, that’s a f***ing great compliment. I like my legs. But that sort of informed my whole experience with that whole project. I don’t think the male lead got hired because he had great legs. Therefore I felt like I’m hired because of these elements — not because of [talent].”

However, Anna now seems relieved because of the ongoing situation, where powerful men are going down for their nasty behaviors over the years.

“I think that there must be a ton of men in Hollywood and all over the world that are pretty scared right now because of their guilty behavior.”

Other Revelation From The Book!

Anna’s shocking revelation of confronting sexual harassment back in the days came months after her divorce with husband, Chris Pratt. The couple separated on amicable terms while hiding the reason for the divorce.

According to her book ‘Unqualified,' her second husband Chris(first being Ben Indra) was perfect when it came to romance and taking care of their son Jack. She said,

"I wouldn't be honoring my relationship with Chris if I didn't acknowledge that he was great at grand gestures but also stellar at the tiny ones. He cuts Jack's hair too. They play barber together. Chris is a great caretaker in general, but especially when it comes to hair." She also revealed that Chris used to write her the old-fashioned hand-written letters while at work, which would normally get delivered to her by the time Chris himself was home.

"I'd get a letter from a gorgeous hotel in Moscow or Paris or wherever work took him, though he was usually home by the time they arrived. They were like old-timey war letters that said things like, 'Honey, I'm dreaming of the day I get to hold you again.' For such a dude, he's really thoughtful."

Anna Faris, at the moment, appears on ‘Mom’ as Christy and has "Overboard" in the list of her post-production project.

Stay with us for further updates on the developing story!