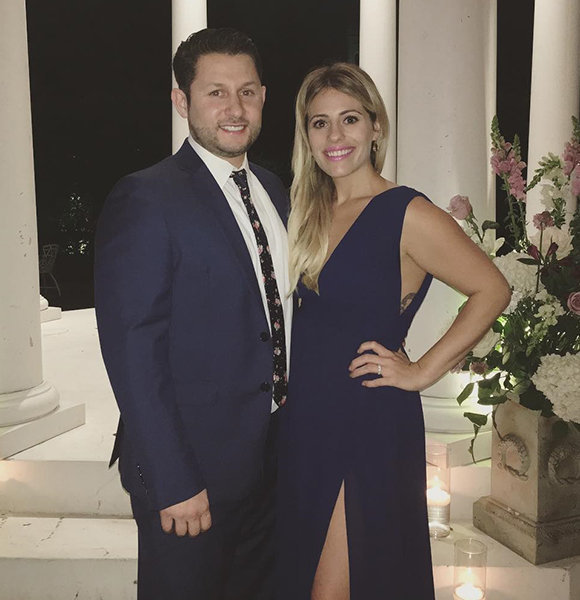 Married At First Sight couple is starting a family together!

Anthony D'Amico and wife Ashley Petta, who first met on their wedding day in the season 5 of Married At First Sight, are waiting for the arrival of their first child.

The couple issued a joint statement revealing Ashely's pregnancy and expressed their excitement at being parents for the first time.

"We are so excited to finally be able to share this exciting news with everyone. We have both always dreamed of having a child and we are so happy to finally be making our dreams come true together"

Anthony later shared an Instagram post alongside his pregnant wife on 28 August 2018, in which the pair flaunted a sonographic image of their soon-to-be-arriving baby.

However, the pair hasn't disclosed the gender or the due date of their child. The couple initially had different opinions on when to start a family but later agreed that they would start trying to have a child after one year of their marriage. Earlier Ashley had written in a blog about her plans on being a mother.

"I’m very confident that I will be a great mother. I completely agree on starting to try in a year!"

The news of Ashley's pregnancy came less than a month after the beaus celebrated their second marriage anniversary. The couple got previously married on the season 5 of Lifetime's reality show Married At First Sight in August 2016, which was also the platform where they first met. The couple had earlier gotten into some problems finding a suitable place for them to live, but later worked out the issues when they found a nice apartment overlooking the Chicago River from their bedroom with parking spaces of both of them.

Anthony, who grew up in Detroit, works as a sales and marketing professional. Similarly, Ashley is an Illinois native, who works as a restaurant manager. Both the husband-wife duo were involved in long-term relationships before getting married to each other.

Anthony, aged 35, previously dated a woman for more than three years, but could not turn the relationship into a lifelong commitment.

Prior to marrying Anthony, Ashley was also committed to a former boyfriend for five years. The couple broke up after Ashley's ex-beau didn't participate in her choice of getting married and starting a family. She remained single for two years before she got married to Anthony.

The couple was matched after both of them were ready to commit to a lifetime partnership.