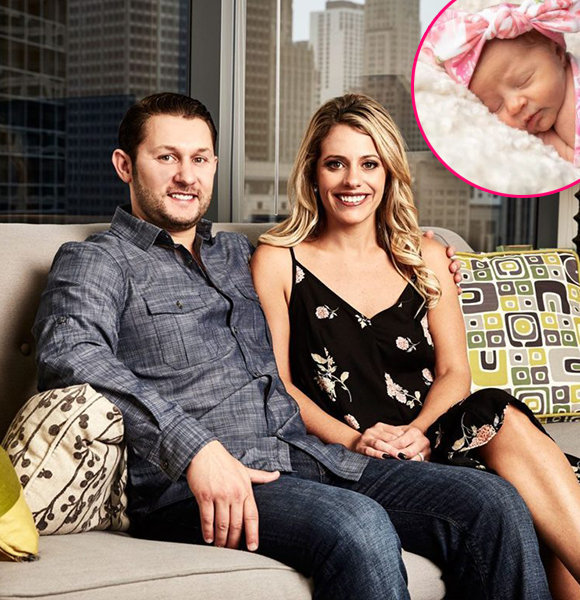 Reality stars Anthony D'Amico and his wife, Ashley Petta, welcomed their first child together: a baby daughter named Mila Rose on 12 January 2019 at precisely 3:34 am. Born three weeks earlier than the scheduled date, baby Mila weighed four pounds and 14 ounces at the time of her birth.

The Michigan native and his wife confirmed the news in a joint statement to US Magazine. Evidently, the happy couple couldn't help but marvel at the newest addition to their family.

“We never knew we could love someone so much! She is perfect in every way." Welcoming their first child into their lives has strengthened the love for each other. As the married duo can't wait to show their baby what the world has to offer, there seems to be no doubt in Ashley's mind that Anthony will turn out to be "an amazing dad."

First Baby In 2019:- Jamie Bell Wife Is Pregnant With First Child, Inside Their Married Life

A close source revealed that the family of three is enjoying every minute with each other at their suburban home. In December 2018, the pair announced that they were moving from Chicago in preparation for their little one.

At the time of the announcement, Anthony cited wanting more space for their "little growing family" as the reason behind the move.

The news of the Married at First Sight stars welcoming the first bundle of joy into their lives comes four months after announcing Ashley's pregnancy via Instagram. Ashley, on her announcement, professed eagerness on wanting to begin the next journey in their lives. Anthony along with his wife, Ashley announces the pregnancy in style in August 2018 (Photo:- Ashley Petta's Instagram)

Months after a pregnant Ashley came out with her news, the pair revealed that they were expecting a baby daughter. For Anthony, his first child being a girl didn't surprise him. In an interview, following the gender revelation, he explained:-

"Girls seem to be the firstborn on both of our families, so we can’t say we were surprised but there was a small part of us thinking, ‘Well, I guess it could be a boy?’”

The sales & marketing professional-cum-reality star backtracked a little bit when he continued by asserting that all he and his wife of more than two years wanted was "a healthy baby."

Discover:- Skylar Diggins-Smith Pregnant With First Baby, Who Is Her Husband?

Anthony, age 35, and Ashley, age 31, married in August of 2016. However, it wasn't for a year that the pair's journey from being strangers to becoming a married couple got aired on Married at First Sight.