By LRU Writer | On: December 21, 2018
Another day, another high profile Hollywood divorce! BMX Pro Corey Bohan has finalized his divorce from wife of ten months, Audrina Patridge following the granting & entering a judgment of dissolution on 19th December 2018. 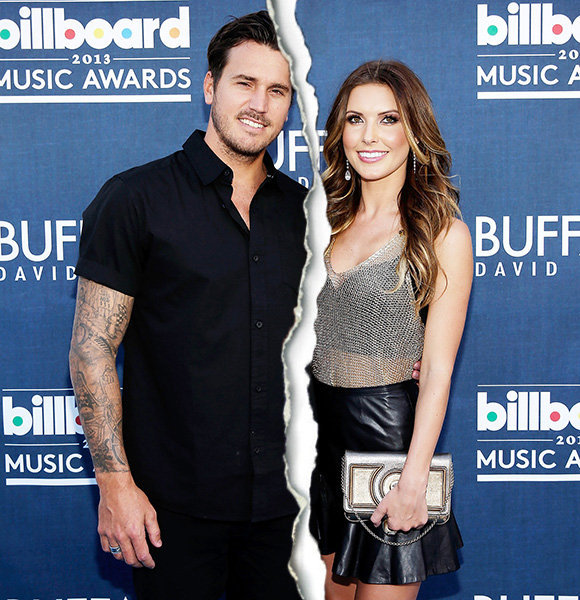 BMX Pro Corey Bohan has finalized his divorce from wife of ten months, Audrina Patridge following the granting & entering a judgment of dissolution on 19th December 2018.

After the news first broke, his wife's attorney spoke exclusively to E! News and thus confirming the split. The said attorney quipped:-

The former married couple, however, is yet to decide on the child custody arrangement of their 2-year-old daughter, Kirra Max. In the stated attorney's words:-

"The parties are participating in mediation early next year to resolve child custody and Corey's request for attorney fees." Corey with his ex-wife Audrina Patridge & their daughter (Photo:- eonline.com)

Back in September of 2017, Corey's wife filed for divorce, just ten months into their marriage. Two days after their official split, The Hills star obtained a restraining order against him.

In addition to contesting primary custody of their daughter, as revealed by the court's documents, Audriana also accused him of being “increasingly possessive, angry, agitated and jealous." Corey, however, didn't get charged with domestic violence.

At the time when the pair's split became a piece of public knowledge, the MTV personality pleaded for privacy in a statement via a representative. The mentioned rep told E! News:-

"Audrina's number one priority is her daughter and she asks for privacy at this time... "

Since the filing of the divorce, the former married couple's relationship has gone through several rough patches. In October 2018, the Brisbane Queensland-native filed a court order to prevent their daughter from featuring on The Hills reboot.

In response, his ex-wife's lawyer accused him of not paying the requested child support and revealed that the former Summer X Games silver medalist - who has a reported net worth of $2 million - made little under $2.5 thousand a month. In an aggressive tone, the stated lawyer quipped:-

"Since he has little ability to provide for Kirra now or in the future, one would think he would be more supportive that Audrina and Kirra have this opportunity... "

Although Corey's marriage to Audrina had been shortlived, it was in no ways a brief relationship. Having initially got together a decade earlier in 2008; the former lovebirds called it quits in October of 2009, only to reunite a year later in Las Vegas.

And again in 2011, they split for a brief two months period before getting back together. Three years later, Corey and his then-girlfriend would get caught engaging on a spat outside a club.

Surprisingly enough, the former pair announced their engagement on November of 2015. A month later, more good news would follow as they revealed that they were expecting a baby daughter.

Corey & Audrina's Wedding Details:- Blessed To Be Married! Corey Bohan Is Having The Time Of His Life With Wife And Their Kid

Five months after welcoming their daughter, Corey and Audrina tied the knot in a wedding ceremony held in Hawaii.