By LRU Writer | On: August 09, 2018
DeAndre Hopkins is officially out of the market! The NFL star confirmed the romance with the singer Iggy Azalea after a series of messages on Instagram. 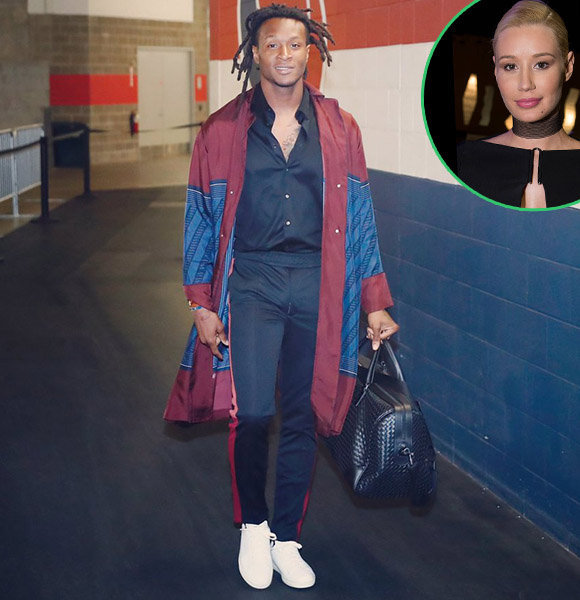 DeAndre Hopkins is officially out of the market!

The NFL star confirmed the romance with the singer Iggy Azalea after a series of messages on Instagram.

When a fan asked whether he is the boyfriend of the Australian rapper, he openly affirmed to the question. Later, Iggy also accepted the dating rumors while in an interview with Miami’s Y100 radio station. During the discussion, the host of the radio show asked Iggy Azalea whether she and DeAndre were dating to which Iggy responded positively saying,

"Yea, we’re in a relationship."

The rumors initially started when the Houston Texans' player shared a photo of himself with the caption, "My Aussies call me legend," to which Iggy had flirtingly replied by writing, "I could think of a few other things to call you."

DeAndre's girlfriend, Iggy was previously engaged to pro basketball player Nick Young but broke up the engagement after Iggy found evidence of Nick's infidelity via a security camera footage of the former couple's home. Nick is now in an on-again-off-again relationship with Keonna Green and has fathered two children with her.

Post the split, Iggy, on her recent appearance on E!'s Daily Pop, openly revealed that she was "so alone" and very much interested in dating. Soon, the rumors had it that Iggy was dating Odell Beckham, which the Sydney, Australia native she rejected herself.

Later on, she was also reportedly in a relationship with rapper Tyga, Kylie Jenner's ex-boyfriend. But, it turned out that the longtime friends were only hanging out due to their collaboration for a song titled "Kream."

As of DeAndre, he was also assumed to be dating a woman named Jennifer Lemmons. However, the alleged couple never came out as exclusive.

Similarly, in 2016, the 26-year-old football star was rumored to have developed an affair with Johnny Manziel's ex-girlfriend, Colleen Crowley. DeAndre later denied the dating rumors and claimed that he was living a single life.

DeAndre is an American football player who is currently signed to Houston Texans. He joined the club in 2013 and now plays as a wide receiver for the team.