By LRU Writer | On: January 11, 2019
Better late than never, right? On 10th January 2019, actor Garrett Clayton, age 27, announced his engagement to his boyfriend-cum-fiancee Blake Knight, a year after getting engaged on "the most beautiful trip" to Iceland via Instagram. 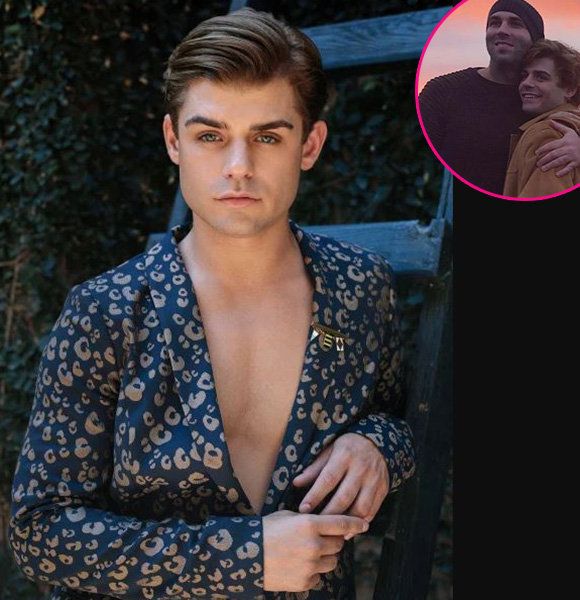 On 10th January 2019, actor Garrett Clayton, age 27, announced his engagement to his boyfriend-cum-fiance, Blake Knight via an Instagram, a year after getting engaged on "the most beautiful trip" to Iceland.

Accompanying the post - which features a series of romantic images from the day of the engagement - is a caption chronicling the whole proposal. Recounting the big day, the Teen Beach Movie actor began:- According to Garrett, the memory of seeing his then-boyfriend, Blake get down on one knee - looking all loved, nervous and excited - remains fresh on his mind. Since getting engaged, the 27-year-old actor claims that his days with "love of his life" has been "filled with joy and laughter."

In a matter of a month, the smitten duo will celebrate their eight years together. Dating since 2011, Garrett and Blake first met each other after the latter walked into the 24-hour restaurant in LA, where the former was working at the time.

Reflecting on their decade long relationship, the actor on the stated post claimed that their relationship had witnessed the fair share of ups and downs. Through thick and thin, they remained supportive of each other's dreams.

Be it the loss of Orion or learning that he had lost his first big job, the Michigan native always found solace in the care and love of Blake.

Now that they're engaged-to-be married, Garrett can't help, but sing praises about his husband-to-be, labeling him "a supportive, loving, stubborn, sensitive rock".

Speaking of rocks, the engagement ring used during the proposal is courtesy of the UK-based jeweler, Justin Duance. Per the Instagram post by Blake, he did more than help in its creation.

The first time the public got wind of Garrett's relationship with his fiance was also the first time that they knew of his sexuality. On the eve of the premiere of his film Reach, he came out as a gay via an Instagram post that doubled as the unveiling of his secret romance with Blake. At the time, he wrote:-

"I have personally dealt with suicide within my own family, intense bullying in high school, and - on top of it all - myself and the man I’ve been in a relationship with for a long time (@hrhblakeknight) have both experienced shootings within our hometown school systems, and have witnessed the heartache that takes place in affected communities after such tragic events."

About his pre-coming out love life, the Reach star once was romantically linked with fellow former Disney starlet, Claudia Lee. He and his then-girlfriend, Claudia dated for a brief period in 2013. Perhaps, Claudia makes the top of the guest list on Garrett's and Blake's yet-to-be-announced wedding?