By LRU Writer | On: July 29, 2018
YouTube Star Hannah Hart is engaged to longtime girlfriend Ella Mielniczenko, BuzzFeed executive producer! After holding the ring for months, Hart finally popped the question with a romantic and elaborate beach proposal in Hawaii at sunset. 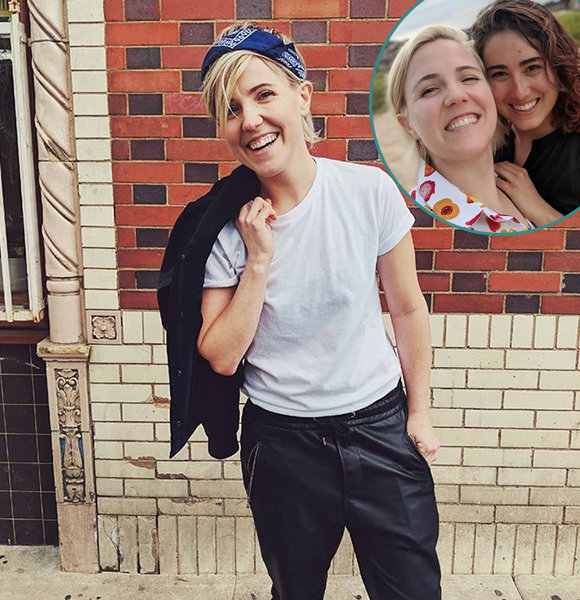 After holding the ring for months, Hart finally popped the question with a detailed romantic beach proposal in Hawaii at sunset. Revealing the day got saved from many obstacles of weather conditions, Hart first canceled Japan vacation, rerouting to Oahu, the place where Hart first said ‘I love you’ to her future bride.

But, the perfect proposal moment came while Mielniczenko was “sun-drunk and happy-go-lucky,” and the hidden ring, which arrived just in time, in a sand castle bucket under two mini bottles of champagne and a souvenir shot glass. “It’s so exciting to share our engagement story. There is just not enough positive queer representation out there of the realities of being in queer relationships. It means all the same things as heterosexual relationships. We cry when we get engaged and fall in love and find people we want to spend the rest of our lives with.”

Talking to Cosmopolitan, Hart revealed that the couple had the desire of getting engaged in 2018, where the YouTube creator, Hart wanted to be the one to pop the question.

"We knew we wanted to get engaged in 2018, but I told Ella that I really wanted to be the one to pop the question. Ella has been the brave one in our relationship, and so I really wanted to show her how much she means to me by being brave in return. I bought the ring in March and hid it in our apartment behind my board games, a place I knew she would never look."

Hart soon took to her Instagram on 28 July 2018 to confirm the engagement news, where Hart wrote they "are gonna get married." Though the wedding is yet-to-be-fixed, the engaged couple is thinking of spring 2020 in California for their big day.

But, one thing for sure, the couple are going to hold a grand wedding for Hart herself quotes,

"It's going to be one helluva bash! We both have so many wonderful people in our lives that we want to take our time planning a wedding weekend that will be a blast for everyone."

The couple first sparked dating rumors back in 2016 after the San Francisco, California native and Mielniczenko spent Thanksgiving together. Fans could not help themselves but soon call out the cute couple as "Hella," the hybrid name of both Hart and Mielniczenko.

As for now, the couple is residing together in Los Angeles with their two cats.

The I Hart Food star is working on her upcoming show with Ellen DeGeneres’ digital network, which is dedicated to assisting the people to propose to their special ones.

Also, she is dividing her energy on a self-help podcast called “HANNAHLYZE THIS,” which divulges into real-life stories including her love life with Ella, to promote about mental health and wellness.