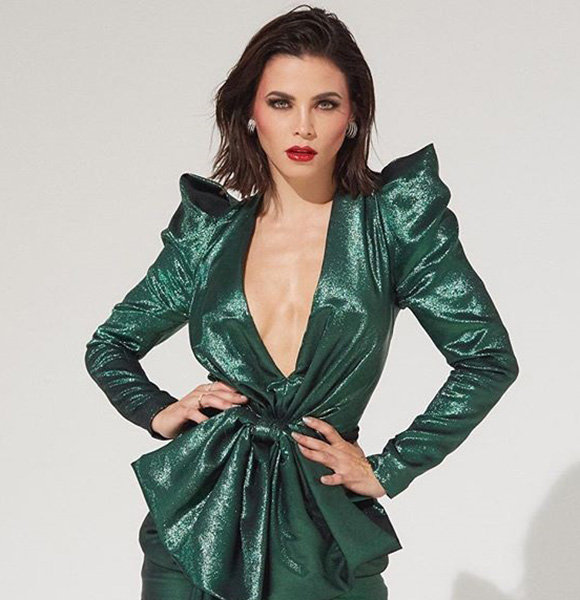 The Step Up Actress has stepped up with a new possible boyfriend!

Jenna Dewan swirled the romantic wind with her new mysterious beau just a few hours after she officially filed for divorce from ex-husband Channing Tatum.

The former World of Dance host and her new beau were spotted getting cozy at co-founder Mike Meldman's Casamigos Halloween party in Beverly Hills house.

A source reported to E! News that Jenna stunned the party with her fairy outfit alongside JoAnna Garcia but later met her special person inside whom she could not get her hands off. The insider further added that Jenna appeared to be enjoying his company.

"Jenna seemed very happy and like she was in a very good mood. At another point, Jenna was dancing with her new man and they were singing '90s hip hop songs together. It was really cute."

Since Jenna has not cleared the identity of her new beau, the insider claimed to E! News that he is not from the popular celebrity list. Adding to his physiques, he is very tall, has dark hair and very handsome.

The item paired up like the newly dating couple as they were spotted kissing in the courtyard and left the party holding hands. Seems like Take the Lead actress has found herself new boyfriend with fittest physiques more than her ex-husband. Since Channing is already fueling the new dating life with pop singer, Jessi J, Jenna reflected that she wanted to go public with her new boyfriend. And the cozied sightings of Jenna with her possible new boyfriend came weeks after The Vows actor went public with his new relationship.

It is reported that the 37-years old actress' lawyer Samantha Spector filed for the divorce on 26 October 2018 in Los Angeles citing irreconcilable differences after announcing their separation in April 2018. In the court document obtained by The Blast, Jenna has requested for the child and spousal support from the actor.

To add more, the actress appealed for her maiden name to be restored back to Jenna Dewan. As for child custody, the married couple of eight years has agreed to provide the joint custody to their five-years daughter, Everly.