By LRU Writer | On: October 29, 2018
Second wedding in the basket from Love Island! Glamour model Jess Shears, age 25, has tied the wedding knot with her love interest from the show, Love Island in a secret wedding! 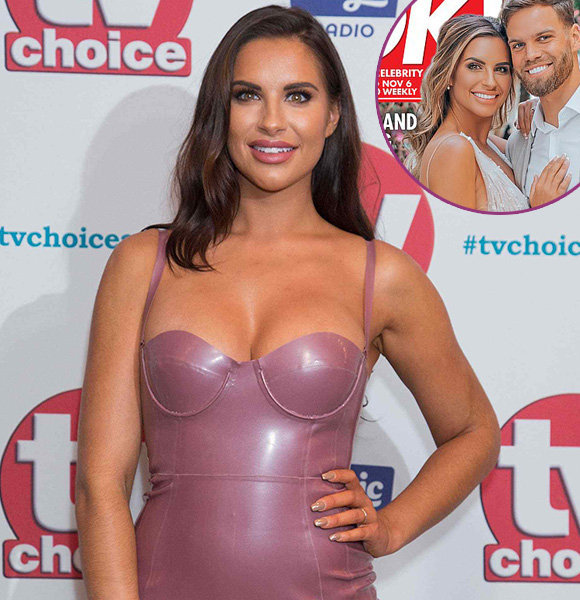 Second wedding in the basket from Love Island!

Glamour model Jess Shears, age 25, has tied the wedding knot with her love interest from the show, Love Island in a secret wedding! On the day of the wedding, Jess' husband Dom went for a relaxed look as he wore a sleek grey suit without a tie.

By all means, the pair's wedding ceremony was a private affair, with only 22 guests in attendance. The brunette bombshell had just invited those "who were important to them." She told OK! Magazine:

"Going abroad meant we didn't have any pressure to invite every Tom, Dick, and Harry. As we were limited on numbers, we only invited people we see all the time."

Jess then followed up by promising to throw a party back home to those who didn't get the invitations. As for the rumors suggesting that her former Love Island co-star Olivia Buckland might be the bridesmaid at the duo's wedding, she said:

"I know there were reports that Olivia was going to be a bridesmaid but that was never the plan."

Much like their co-stars Olivia and Alex Bowen, who had married earlier this year, Jess and Dom's wedding bash too was a fun-filled affair. The Manchester native revealed:

"It was a huge party. We were on the dance floor all night dancing to songs like Night Fever. There were a lot of sore heads the next morning."

The pair, who got engaged just after three months of knowing each other, also had few words on their somewhat whirlwind relationship.

"People said we wouldn't last but now we're husband and wife. We're proof that when you meet the right person, there's no need to hang around."

However, this isn't the recently married duo's "first wedding." On this year's Valentine's Day, they had shared wedding vows on LIVE TV on Good Morning Britain.

Later, it was revealed that the wedding ceremony wasn't "legally binding" even though Richard Arnold had gotten ordained before the big event. A source close to GMB claimed that the GMB studios aren't "sanctioned to be used as a licensed wedding venue." Jessa and Dom at their wedding ceremony held in the GMB studios (Photo:- ok.co.uk)

Unlike the clothing they had opted for their actual wedding, both Jess and then fiance Dom stripped down to minimal clothing. Co-incidentally, the not so legally binding wedding at the GMB studios was also the first place that Dom had mentioned about having their wedding in Mykonos.

Here's to Jess and Dom, wishing a longlasting marriage!