Joe LoCicero Engaged To Get Married! At Age 31, Stuck With Girlfriend

By LRU Writer | On: August 08, 2018
Wedding Bells are heard loud after the celebrity couple let the world entered into their secret world. Amercian model, Joe LoCicero is engaged to her longtime girlfriend, Gina Rodriguez on July 2018. 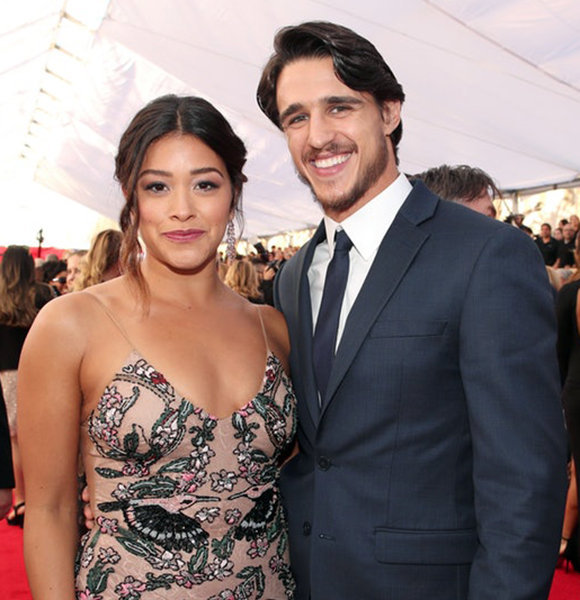 Wedding Bells are heard loud after the celebrity couple let the world entered into their secret world!

Amercian model, Joe LoCicero is engaged to her longtime girlfriend, Gina Rodriguez on July 2018. The Jane the Virgin star confirmed to PEOPLE that the couple is engaged for a month now stating,

The couple might have kept their engagement a secret, but the engagement rumors already circulated around her 34th birthday i.e. 30 July 2018 after she shared the series of snaps with her boyfriend with a huge ring on the ring finger. The 31-year-old actor met his 34-year-old future wife in 2016 on the set of Jane the Virgin where he played the role of a stripper. Winning the stripper role, lead his way win her heart!

And the couple soon started dating but the pair announced their relationship by sharing the picture from their exotic "Thailand vacation" over Christmas on 2016. Since going public with their relationship, they have been featured on each other's social media.

While the couple went public without any hesitation, but she admits that she is careful not to reveal much information about their engagement. She prefers to keep something only to herself. She stated to PEOPLE in August 2018:

“I don’t even really want to say it’s happening.  I just want to live! I think there’s a huge blessing in the fact that people care. That’s a beautiful thing, so that feels really good. But another part of me wants to keep a little something that’s just mine, ’cause there’s not too many things I have like that anymore.”

Since the couple is newly engaged celebrity in the Hollywood industry, instead of celebrating the biggest day, she is very busy with the helping the underprivileged females by feeding and distributing the feminine products. She is working with Always with the motive to "End Period Poverty" all over the United States. She claims:

“It’s wonderful blessings like that, that make me realize that if I have an opportunity to help someone else, I want to.

The Golden Globe winner also added that the project is the reason she is working even after her engagement. Also, the brand is donating a month's worth of supplies to school-age girls so that no any girl misses the school due to period.

Since she is busy with the social welfare works, she gushed that her she is going to get married to a feminist man who is incredible, loving, understanding, kind and patient human being.