By LRU Writer | On: September 23, 2019
Yael Grobglas Low-Key On Dating Affair With Boyfriend; Keeps Things To Minimum...Yael Grogblas was born in Paris, France to a French father and an Austrian mother...At the age of three, Yael, along with her parents, moved to Isreal and that is where her passion for acting started to flourish... 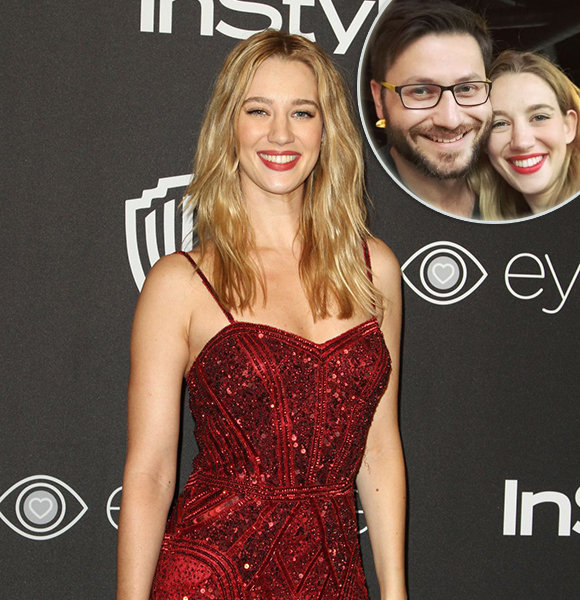 Life of a celebrity can be very different in the harsh daylight with the absence of rolling cameras, makeup artists, and dramatic sets.

While some celebrities share their off-screen life with the public, there are a few who have it otherwise. The latter scenario can be linked entirely to the actress Yael Grobglas. The gorgeous actress' acting skills are loud and on point, but she prefers to keep her dating affairs close to her chest.

Let's take a look at her low-key dating affair with her boyfriend and the events that followed.

The beautiful Yael Grobglas moved to Los Angeles after ruling Israel's entertainment business with her looks and fascinating acting skills. Like most celebrities, she connected and interacted with her fans through her social media.

The actress preferred to dismiss questions related to dating affairs in interviews, but she did share the picture of her boyfriend Artem on her social media, and her fans couldn't stop gushing about them.

She posted several pictures of the two together throughout several occasion that they attended together. The pair were even present at the 2015 Golden Globe Awards. Interestingly, the two were very well acquainted with one another since high school days.

Moreover, no information about the duo taking the next step in their relationship has been revealed. But her fans are eager to see the pair get married and see Yael and Artem as husband and wife.

While she continued to date her boyfriend Artem, she revealed happy news among her well-wishers. On 22nd September 2019, the Jane the Virgin star posted a picture of her appearance in MPTF fundraising event. Interestingly, without giving away too much from the caption, her picture featuring her baby bump was visible. Yes! She is pregnant, and everyone, including her co-stars, are excited about the news.

Well, her Jane The Virgin co-stars Gina Rodriguez, and Justin Baldoni commented on her Instagram pictures congratulating her.

Although she didn't share the name of the father of her unborn baby, there is a very high probability that it's none other than her partner Artem whom she's still dating.

Yael Grogblas was born in Paris, France to a French father and an Austrian mother. At the age of three, Yael, along with her parents, moved to Isreal, and that is where her passion for acting started to flourish.

She was very much into professional dancing and modeling as well. But she chose to stick with the acting and landed her first leading role in the Isreali TV series named Ha'Yi.

Finally, in 2012, Yael was able to cross over Israel's entertainment business and was able to grab her first Hollywood role in the pilot of the series, The Selection. Although the show did not pick up as expected, Yael was able to stand out through that series. The same year, she also appeared in a few episodes of Reign.

But her significant breakthrough came with her role as Petra, a mischievous villain, in Jane the Virgin.