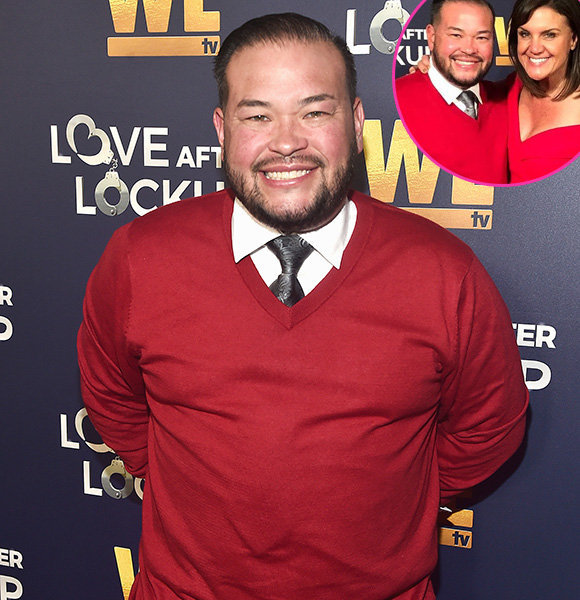 The reality star, age 41, and his girlfriend Colleen Conrad may get engaged in the coming days!

Speaking at the "WE TV’s Real Love: Relationship Reality TV’s Past, Present & Future" panel on 11 December 2018 in Beverly Hills, Jon teased the audience in attendance by suggesting that he and his girlfriend might take their relationship to the next level. He said:-

“I’ve been with Colleen for four years now. I’ve thought about it, yeah — talked about it!"

Delving further into their romance, Jon spoke on how they had known each other all their lives. He quipped:-

“She’s driven. I’ve known Colleen my whole life. We grew up three blocks from each other. Her sister used to babysit me.”

As for the questions about when he might ask her hand in marriage, the former TLC star opted for a slightly cheeky answer. Jon revealed:-

“Just look at my Instagram. That’s how stories get out anyway, I guess. It’s so funny.”

Fans of the reality star first took notice of his brewing romance with Collen, who's a nurse practitioner by profession, once he uploaded an image of the two in each other's arm from a beach. The pair - who have been dating for four years now - have appeared inseparable ever since. If the lovebirds do decide to get married, it wouldn't be a new experience for either of them.

Discover:- Michael Campion Girlfriend: Who Is He Dating At Age 16? Family Talks

He and his ex-wife Kate, who got married in 1999, rose to fame following the premiere of Jon and Kate plus 8 - a reality series which chronicled the then-married duo's adjustment to life with eight children - in 2007.

Sadly, in the middle of the show's fifth season, they announced their split -- thus, bringing an end to their decade-long marriage.

Following their divorce in 2009, TLC renamed the series Kate Plus 8. Since their separation, Jon - who has also made numerous TV appearances - and his ex-wife have engaged in a nasty legal battle over the custody of their eight children.

Even after winning the sole custody of his son Collin - who had been living away from home in a program for children with special needs -, Jon can't seem to let off the bitterness. In December 2018, he told Entertainment Tonight:-

Though, it's not because of his lack of trying. The father of eight quipped:-

"It's a shame that we can't co-parent, and I know the whole world wants us too, ... but it just doesn't work."

Seeing how ugly of an experience he has so far faced as a consequence of his failed marriage, it's commendable that Jon has professed his desire to get married again.