By LRU Writer | On: June 11, 2021
Congratulations are in order for newly-married beaus, Taylor Mills and her longterm partner Brett Young! Taylor and her country musician boo Brett Young, age 37, got married in Palm Springs, California on 3rd of November 2018. 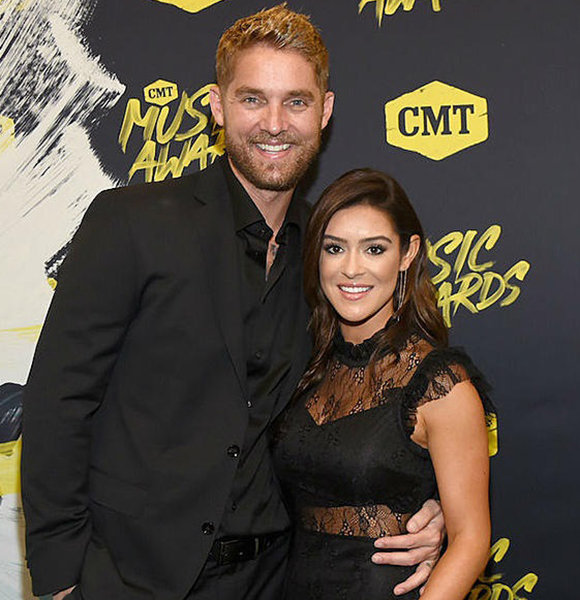 Congratulations are in order for newly-married beaus, Taylor Mills and her longterm partner Brett Young!

Taylor and her country musician boo Brett Young, age 37, got married in Palm Springs, California on 3rd of November 2018. In the event's attendance list, more than 200 of the pair's closest family and friends were present. Taylor Mills and Brett Young on the day of their wedding (Photo:- PEOPLE.com)

Speaking to PEOPLE after the wedding, Brett couldn't help but contain his happiness over their marriage. In addition to calling his bride "pure kind heart," he also said:

“Being able to be best friends with a person you’re going to spend the rest of your life with is the most important thing."

Unlike typical weddings, the newly married couple decided not to have a first look and even exchanged personalized vows. Brett's father Brad and manager/ groomsman Van Hazelitt officiated the wedding ceremony.

On the day of the wedding, Taylor donned a customized wedding gown designed by Justin Alexander. Meanwhile, Brett wore a custom tuxedo made by Hilburn.

The pair shared their first dance to a rendition of Forever Young by producer extraordinaire and the groom's longtime collaborator Dan Huff. The likes of Lee Brice who sang I Don't Dance and Gavin DeGraw who crooned More Than Anyone also landed their vocals on the joyous occasion.

Speaking about the performers at their wedding, Taylor revealed:

“We chose people in terms of performers that are really important to us and are close friends.”

As for the destination for their honeymoon, neither Taylor nor her better half Brett has revealed any details. The newly married duo, however, seemed poised to start to start a family. Talking to PEOPLE, the country singer said:

“We’ve been together for a long time and we do want kids soon, This is the beginning of our life together, and I’m excited to say husband and wife!”

But considering Brett upcoming tour and with his sophomore album around the corner, that's asking a lot, no? The news of the pair's marriage comes just a little under a year after they announced that they were engaged in February 2018. Following the engagement, Taylor and Brett spoke to PEOPLE and expressed happiness by saying:

“We are both more excited than we can express and look forward to starting this chapter of our lives together.”

The Incase You Didn't Know singer had opted to pop up the big question to his then-girlfriend of 10 years at the Graduate Hotel near Ole, where he attended his college education located in Oxford, Mississippi.

Here's to the recently wed duo of Taylor and Brett on getting married! Congratulations to the newly-married couple!