Mike Sorrentino Married At Age 36, Who Is Wife Lauren Pesce?

By LRU Writer | On: June 11, 2021
The Situation Is A Married Man! Jersey Shore's Mike Sorrentino got married to long-time girlfriend, Lauren Pesce on Thursday, 1 November 2018 at The Legacy Castle in Pompton Plains, New Jersey. 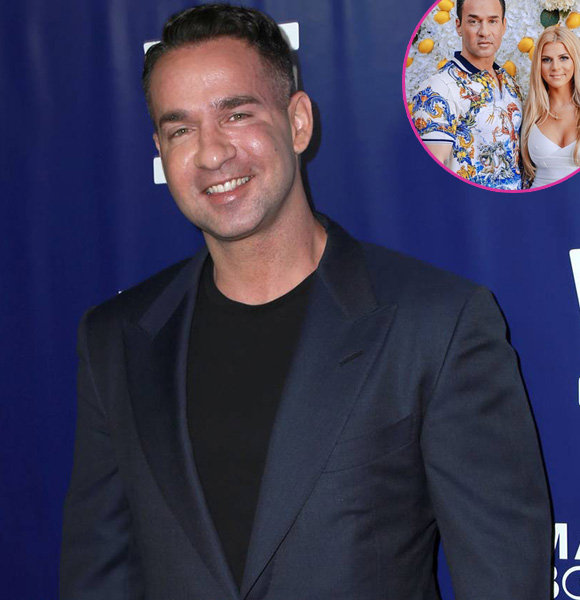 The Situation Is A Married Man! The US weekly exclusively covered their wedding. In a statement to the magazine, the newly married couple gushed about their excitement to start their journey as husband and wife.

Furthermore, they claimed that

“We are each other’s best friend and together we can handle anything. Thank you to all our family, friends and fans who have supported us every step of the way. Gym, Tan, Laurens is the new GTL! With Love, Mr. & Mrs. Michael Sorrentino.”

Just some hours before the wedding, Mike Instagrammed the picture of him and Lauren kissing.

In the caption section, he expressed his feeling in marrying his best friend, college sweetheart. Cheering to their big day, he promised he would make her feel proud and further stated that he could accomplish anything if she stays by his side.

You May Also Like:- Who Is Jen Harley? Welcomes Baby With Boyfriend Ronnie Ortiz - Detailed Bio

The couple first met during their college days and the pair dated for almost four years. And they took a break from their dating life after Mike joined the show in 2009.

Moreover, they always stayed in the good terms, and they soon rekindled their romance as soon as Mike finished his Jersey Show in late 2012. Even the couple went through many lows, they stood together, and now they are bound to be together for the rest of their lives.

Mike--aged 36, proposed to his college sweetheart on Valentine's Day when she visited his set season 2 of Jersey Shore: Family Vacation in Miami. And the proposal was shown on an episode of the revival series in June.

With their newly married life, Mike is ordered to surrender no earlier than 15 January 2019 to serve his eight months sentence in prison with two years of supervised probation for his 2012's tax evasion case.

Furthermore, a close source of the reality star noted to Us Weekly that he wants to finish his provision period as soon as possible to spend his future with his wife in peace.