Adriana Diaz Regards Her Life with Husband an Adventure

By Prakriti Dahal | On: December 19, 2021
Adriana Diaz recently got married to the love of her life during this global pandemic, and the wedding summarization could be quoted as nothing but just precious. 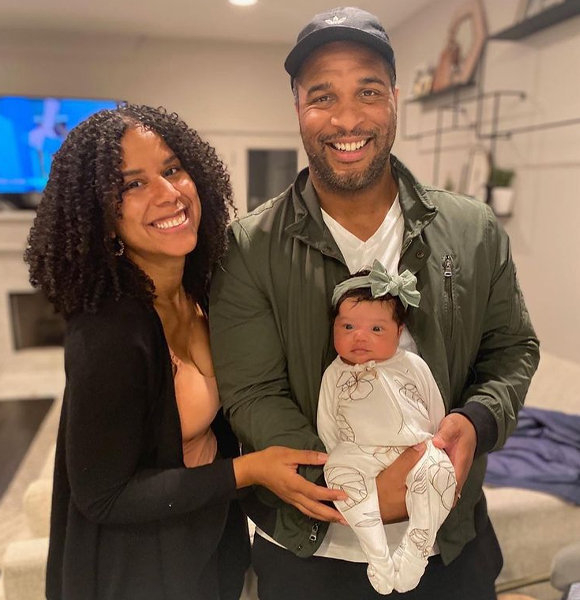 Adriana Diaz, a news reporter, recently got married to the love of her life during this global pandemic.

The marriage was no less than any other filmy wedding, and the wedding summarization could be quoted as nothing but just precious.

“From the moment I met him, his smiling and calming nature put me at ease.”

Adriana and her husband, Bryan Smith, met for the first time on the downtown Chicago rooftop barbecue, which was organized by Bryan's younger sister.

Regarding their first met, Adriana gave a humorous statement saying,

“It seemed like the whole family was in on it and from the moment I met him, his smiling and calming nature put me at ease.”

But after, the couple twice experienced a long-distance relationship as Adriana lived in New York, and later, she again departed with Bryan after transferring to Beijing.

However, phone calls and messages were used to fill the void between them.

During that time, Adriana was working as a CBS News reporter in New York and Bryan at the same time was a cardiologist at the University of Chicago Medical Center.

But then, fortunately, some months later, CBS News This Morning and the CBS Evening News transferred Diaz to the network's Chicago Bureau.

The couple then soon decided to take their relationship one step further and decided to tie the knot in 2019. Adriana Diaz And Her Husband on Their Wedding Day (Source- Instagram)

Since her wedding day, Adriana thinks that each day is an adventure for them. The couple beautifully celebrated their first anniversary in 2020, and they have amazed their followers with their adorable pictures.

And now happiness has doubled!

Adriana's new family is now full of joy with her husband and her newly born daughter. Adriana gave birth to a baby girl named Isabela Rose Diaz Smith on October 7, 2021, just one year after her marriage.

Since the arrival of Isabela, Adriana's Instagram has been filled with adorable family glimpses, and we are not complaining.

Before little Diaz came into the world, Adriana and her husband were parents to an adorable fur baby named Lava as well, who often makes appearances on her Instagram.

Adriana (born in 1988) is a famous journalist and has been in this field for a long time. Before joining CBS News, Adriana paved her way through many other media houses and hustled as a journalist.

Alongside her career and relationship with her husband and children, she also shares an amazing bond with her parents.

Adriana's close bond with her parents and siblings is pretty evident through her social media, as she does not back away from expressing her love towards them every chance she gets.

On June 21, 2021, Adriana took to her 'gram and shared a series of pictures that included sweet family moments back from the '80s. The pictures clearly hint at the fact that Diaz is indeed very close with her siblings as well.

From being a perfect wife to a loving mother to a good daughter to excelling in her career, Diaz has done it all, and the way she has balanced it all is truly exemplary.