By Asmita Neupane | On: December 01, 2021
Andy Ruiz Jr., one of the top-earning boxers with multi-million dollar net worth, lives a luxurious life with his wife and kids. 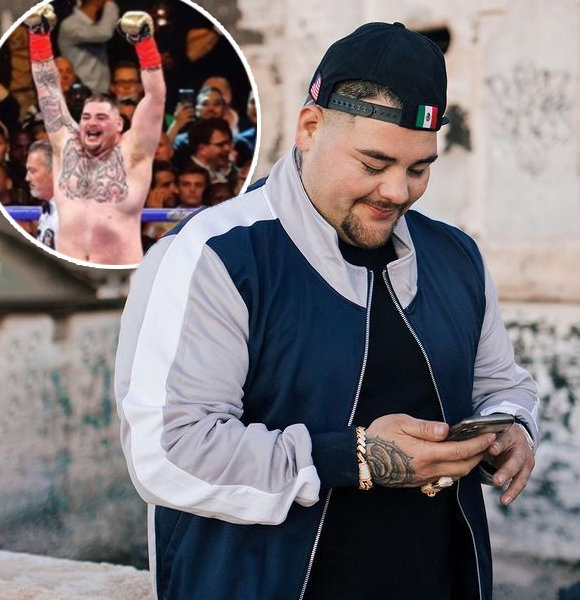 Andy Ruiz Jr.'s life since his victory over Anthony Joshua in 2019, winning the title of world heavyweight championship, had never been the same.

Being the first boxer from Mexican heritage to make such an impact on boxing has his life peak to another level of professional success, garnering him a bulky net worth.

Andy stunned the world by beating the untouchable British boxer Anthony Joshua and winning the world title in 2019.

Although his chance to make a big win in 2016 was thrown away by Joseph Parker's victory, the 2019 win marked the breakthrough point in his career.

Along with fame and prestige came a fat bank account for the boxer. Reportedly, the world title winner has earned a whopping 7 million dollars from his career-defining victory over Anthony Joshua.

In 2019 the boxer entered the club of the highest-paid boxers globally, reportedly earning 25 million dollars for his two fights with Anthony.

Collectively, Andy's net worth is estimated to be 10 million dollars, as CelebrityNetWorth reports.

As soon as he began making big bucks, he gathered an asset, his house probably valued over a million dollars, in California.

The Mexican fighter's life-changing decision to step up for the fight with Anthony sure did him justice. When Jarrell Miller could not compete for the 2019 world title against Anthony, Andy was the only fighter who showed courage to go for the title, and his victory is now one of the most famed fights in the UFC.

Ever since, the money has not stopped pouring in for the fighter. His car collection is among his high valued assets, which is believed to be worth over 700 thousand dollars.

But as much of a smashing giant the boxer is in the ring, he is a family man at heart.

Who Is Andy Ruiz Jr.'s Wife?

His personal life caught massive attention after his 2019 win. As much as his fans are curious about his moves in the arena, now that he is a world-class boxer, his personal life is also a matter of interest to many.

While Andy mostly kept his personal life in hiding, he could not keep his family members away from the spotlight since his major win.

The public got glimpses of the boxer's wife, Julie Ruiz, on the victory celebration parade, where Julie stood beside Andy in an open car cheering for her man. Moreover, the couple shares five children from their long-reigning marriage. 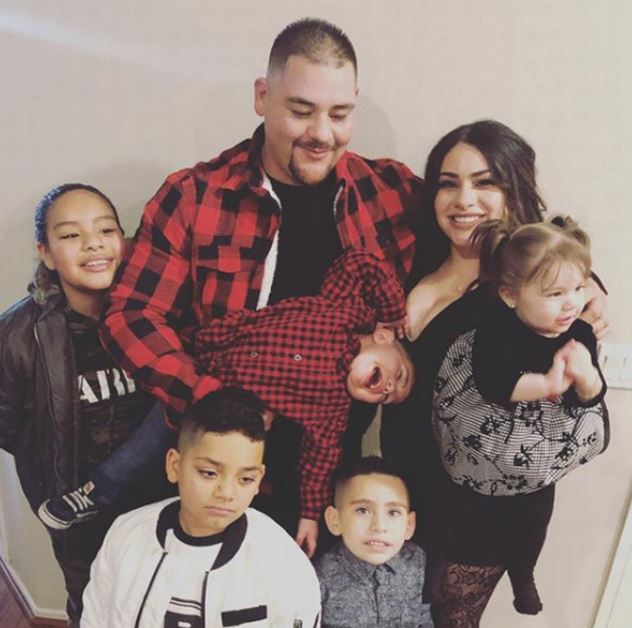 Andy Ruiz with his wife and kids (Source: Mirror)

More on - UFC's Josh Barnett Is Dating! Has A Girlfriend From MMA You Don't Want To Mess With

While the boxer was living the best of his successful life that brought him riches, Andy turned a few heads for the infidelity issue that circulated around him in 2020 after Julia reportedly took to her socials to share about it.

As she shared with her social media followers, she claimed that Andy took another woman to dinner, neglecting his own family.

However, with no further update on this matter, whether he has a girlfriend outside his marriage remains uncertain. But hopefully, they might have fixed the issue as a family relishing their togetherness.