Who Is Atticus Mitchell Secretive Girlfriend? 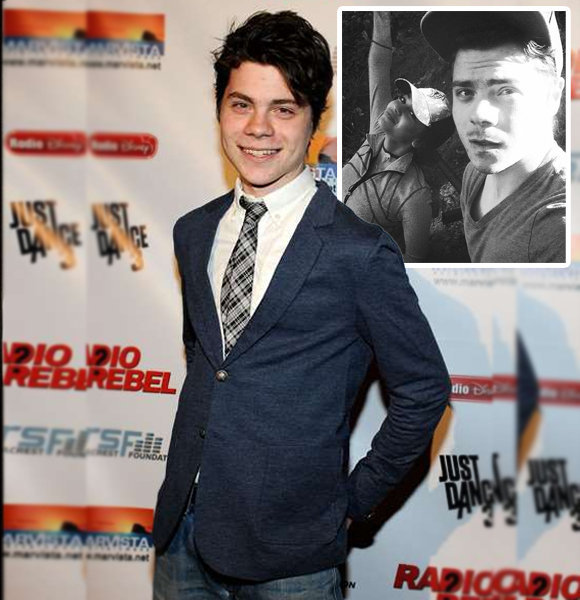 Fascinating the audience with his performance in 'The Expanse,' Atticus Mitchell has earned quite fame in the entertainment industry.

Just like with great power comes great responsibility, with fame, comes curiosity. Thus, fans are curious about many details of the Hollywood star.

And the most asked question about his personal life happens to be, 'is Atticus  Mitchell married?' The actor is not known to have been married, but he might have a girlfriend.

Who Is Atticus Mitchell's Girlfriend?

When it comes to revealing his relationships, Atticus becomes a very private person. Until now, he has never revealed anything about having a girlfriend.

However, one of his past relationships is a known fact among the media and even some audiences. It's reported that he was in a three-year-long relationship with his girlfriend named Sarah.

The couple dated from 2015 to 2018 and suddenly decided to call it quits. In addition, there has been no evidence of the couple ever being together.

Moreover, they decided to break up for reasons they refused to reveal. So, although the fans are dying to know what happened between them, Atticus has sealed his lips tight.

Besides his past relationship, there is a new rumor going on about him having a girlfriend. However, he has clearly stated that they are only friends.

In September 2016, Mitchell posted a picture of himself with his fellow Canadian actor friend, Ana Golja. As it turns out, they were attending a party and somehow met there.

In the caption, he wrote, "here's me telling a really funny joke to my friend Ana and her really appreciating it." Many people commented on how lovely they looked together and made best wishes for them. However, Atticus has clearly stated that she is a friend in his caption.

Moreover, the two are best friends in real life and often go to events together. They also post pictures of each other very often on their respective social media accounts.

Besides that, he hasn't posted anything indicating his romantic life or of him having a girlfriend.

Since he hasn't revealed much about having a girlfriend, people are starting to speculate about him being gay. So what else gave the fans a hint of Atticus being gay?

Atticus has never stated anything about his sexuality until now. However, one of his posts in 2019 hinted at something unexpected.

He posted a very beautiful picture of himself with fellow actor Adam DiMarco. They closely posed for the camera, hugging a pillar as per the image. The fans went crazy on the fact and commented that they look lovely as a couple. However, Atticus hasn't accepted or denied that he is gay.

All we can do is make speculations about his romantic life. However, there are some facts about him that you might want to know.

Find Out About: Shawn Roberts Not Interested In Girlfriend Because Of Gay Sexuality Or Just Too Busy For Everything?

Atticus was born in 1993 in Toronto, Canada. He celebrates his birthday on the 16th of May, making him a stubborn Taurus.

Moreover, he will reach the age of 29 when he cuts his birthday cake in 2022.

Standing at a height of 6 ft, he is a very charming personality in the entertainment industry.

Having a supportive family, Mitchell continues to progress in his career. Moreover, he has his fans and admirers supporting him relentlessly.