Big Daddy Kane Is a Proud Father and Loving Husband 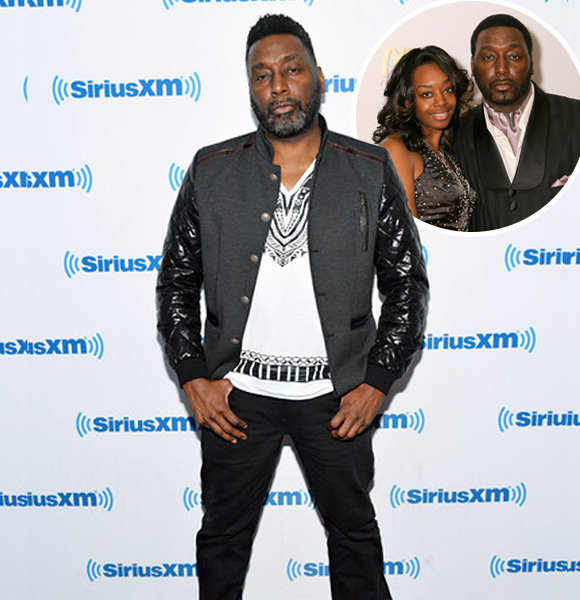 80s hip-hop sensation Big Daddy Kane's music is still widely remembered as one of the greatest of all times in the rap genre.

The 'Smooth Operator' signer has slowly become inactive in the industry, leading fans to wonder if something else is occupying his time, such as his wife or kids.

So if you're wondering, is Big Daddy Kane married? Then you've come to the right place for the answer.

Does Big Daddy Kane Have a Wife?

Kane is indeed a married man. He tied the knot with his wife Shawnette Hardy in 2010 and has been together ever since.

They had their wedding on May 1, 2010, in North Carolina, after dating for some time. Together, they have two children, sons Lamel and Tasheem. He has two other sons from his past relationships.

He didn't realize it at first, but becoming a father changed Kane's life. His children mean the world to him.

The hip-hop star has a lot to be proud of. His achievements, fame, fortune, talent, success, you name it, he's had it all.

Yet, despite having all that to flaunt, Kane confessed that the proudest moments of his life were when kids were born.

"I've had three very, very very proud days in my life. Each one was from one of my sons being born," he shared,

Knowing that I brought a life into this world. It's just proud moments for me.

Moreover, it's the little things that matter to him. Small but precious moments define fatherhood, like seeing a mini version of yourself or hearing them say "dad" for the first time.

All these moments mean a lot to him. After taking a step back from music, he has a lot more time for his wife and kids.

He celebrates special occasions such as birthdays and holidays surrounded by those he loves the most. For example, he shared a sweet selfie of himself and his wife on his birthday while enjoying a nice family dinner. Kane's Instagram is usually filled with stuff related to work or his other interests, but his wife and sons make frequent appearances there too.

Especially he has a great bond with his younger one, Tasheem. The father and son are spotted making funny videos together.

Read more on: Inside Marlon Jackson and His Wife's Longstanding Marriage

Kane has a little buddy in the house, and he loves it!

He recently posted a video on Mother's Day in which Tasheem wishes Shawnette a happy mother's day and wittily follows it by adding that she wouldn't have this day if it weren't for him.

The comments were filled with laughter, and it's great to see that humor runs in the family. With such fun lovers in the house, there must never be a dull day in the Kane family.

Similarly, Kane also posted a video on his son's birthday, which featured multiple clips of him when he was just a small boy.

It might be unusual for old-school fans to see one of their favorite rappers turn into this father who gushes over his little boy. It's a different lifestyle, but that's just another side to Kane.

He is still the musician that we all know and admire. He has been relatively inactive, but he has not left the industry completely, so you can still expect more from the 'Ain't No Half-Steppin' singer.