By Asmita Neupane | On: December 18, 2021
Noel Jones, ever since his separation from his previous wife and saying no to a second wedding, has stirred controversy regarding his decision not to remarry. 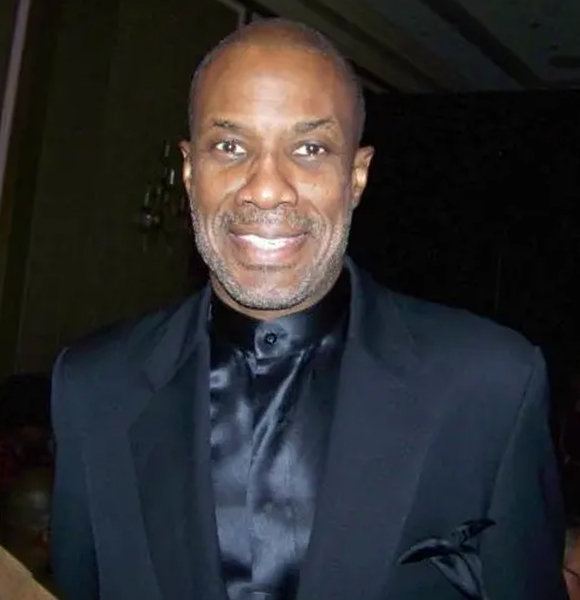 Bishop Noel Jones says he has no intention of getting married again. Talking about his controversial decision to remain unmarried, despite being a prominent figure in the ministry, bishop Noel made it clear that he has closed the door to the thought of wedding ever since his messy separation from his wife.

Bishop Noel Jones on Separation From His Wife

The twenty-two years of marriage came down to a bitter breakage when Noel and his former wife decided to eventually raise their hands from their married life.

Explaining the cause of his divorce, Noel appeared in a video sharing that what caused him to divorce was 'minuscule' compared to what others went through. But despite the cause, Noel admits he repented for his failed marriage. He further stretched on the reason for his separation from his wife as such,

I ruined my marriage in the name of God because she was oftentimes upset, we argued every time I had to leave...I was so out of balance, Church on Sunday, Bible class on Monday, gone until Saturday.

The 'frustration' that caught up in their marriage eventually led the pair to split for good.

Noel talks about his thoughts on his wedding (Source: YouTube)

Speaking to V-103 Atlanta in August 2014, the pastor clarified that he is done with marriage. Sending his message out to the people who are against the fact that he has chosen to remain unmarried, Noel said,

Many significant Bible characters were not married. Marriage is not a prerequisite for being in the pulpit.

Well, that's not all. His statement, quoting he is 'afraid of being married again,' is sure to answer all the questions to those wondering why he has not remarried yet despite being divorced several years ago.

Further, backing himself up for his decision regarding remarriage, he opted for a few words from a particular scripture from Bible, saying,

If a man divorces his wife, except for the cause of fornication, if they divorce for any other reason, then whoever he remarries he commits adultery, and whoever she marries commits adultery. So, it is really a great issue from a scriptural viewpoint.

With him defending his opinion of not tying a knot again, he is often in controversy for his relationship with girlfriend Loretta.

It's been several years that Noel found himself a companion, but he stays firm in his statement regarding marriage.

Noel, being a preacher, many hardcore Bible followers believe it 'does not look good' for a preacher to be in a relationship without marriage.

However, Noel has a different opinion about it and does not hesitate to share. Addressing his years of relationship with Loretta, the pastor stated,

I think people are assuming that this woman is an inanimate object, who has no real choice as to whether or not she wants to be with me or not. If she's at the point where marriage is that critical to her and she knows my position, then it would seem to me that she would go find somebody to marry.

Clearly, he is not changing his mind about his wedding anytime soon or even later. But since his divorce, he has been linked with some famed women in the past. Lisa at Wendy, answering the question 'if Bishop Noel Jones and Lisa Raye married each other' (Source: YouTube)

A few years back, the rumor was that bishop Noel Jones married Lisa Raye. But the rumor settled as Lisa, an American actress, came forth denying their alleged romance.

While in an interview from 2013, bishop Noel also denied the allegation saying, 'we are just good friends.'

The next one in Noel's rumored love interest list was Stacy Francis. She is even reported to have admitted to having Noel's child.

As Noel never addressed the alleged rumor, it remains questionable whether he is Stacy's child's father. But he does share children with his ex-wife, which not many know of.

Bishop Noel considers himself 'very articulate' when it comes to his love life and does not hesitate to speak up on his dating rumors circulating him one after another.

But the details on Noel Jones's children are what remains hidden the most. The unapologetically outspoken pastor has somehow managed to his kids away from the limelight.

However, he is known to be a father to his three kids, daughter Tiffany, and sons, Eric and Noel II.

Apart from his parenthood, everything about his personal life is out in the open, and he is pretty strong-minded about not getting married again.