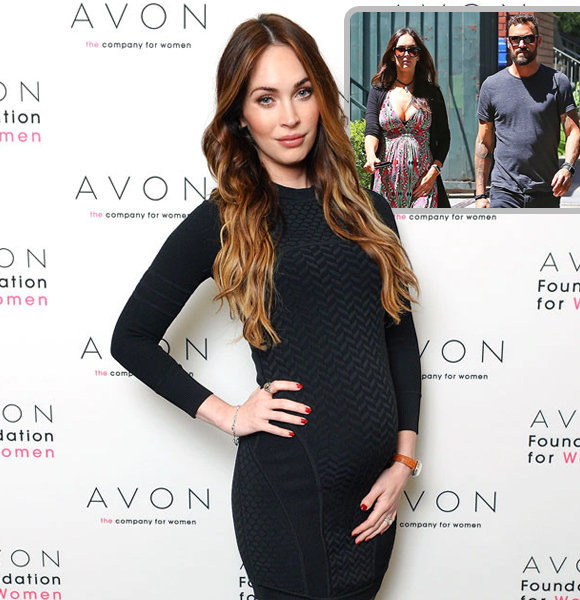 Bodhi Ransom Green widely gained popularity as a celebrity kid. While still at a young age, the little one has garnered recognition as much as a well-known celebrity in the industry.

But there is still a while for Bodhi Ransom Green to grow up and pick a career where we can write it all about him.

What is it that people want to know about Bodhi? Who are his parents?

Who is he? Well, Bodhi is just a child. But mind you, he is a child of very famous parents. Bodhi Ransom Green was born to his celebrity parents, Megan Fox and Brian Austin Green.

Brian Austin Green is an actor, and Megan Fox, well, does she even need an introduction? But, just for context, she is an actress and a model who is often talked about for her unreal beauty and her acting, of course.

Bodhi Ransom is just a child, but he has got good looks from both of his parents, and we are sure he will grow up to be a heartthrob like his parents.

He is one of the cutest celebrity kids and no wonder why paparazzi want to take a shot of Bodhi even when he is covered in the stroller while hanging out with his parents.

Bodhi might be an unusual name for the west, but his name has a significant meaning in Buddhism.

See More On: Darryl Stephens on Raising a Child Alongside His Partner

His name means awakened and enlightened in Buddhism, and the reason for his name is also because of Megan Fox's religion as she is Buddhist.

Bodhi was born to Megan and Brian in 2014, and his birthday falls on February 12.

The relationship between Megan and Brian was on and off for a long time. The two got engaged in 2006 and ended the same year. They again got back in 2010 and got married that year.

Then eventually, they separated in 2015, but that was not the end of their relationship.

The two again got back and welcomed a child together in 2016.

Megan has three sons with Brian, Noah Shannon Green, Journey River Green, and Bodhi Ransom Green, whereas Brian had a child before being in a relationship with Megan.

He had a son with his ex-partner, Vanessa Marcil, named Kassius.

For a parent protecting their child is the most important thing ever, but the job becomes a hundred times harder when you are an A-list celebrity who is constantly hounded by the paparazzi.

Megan and Brian have struggled with the media to protect their child's identity, but they have done their best.

Nevertheless, Bodhi was introduced to the world on 'The Ellen Show,' where Megan shared some unseen pictures of her newborn son.

Megan introduced her sons as "Bodhi is the little chubby one a Noah is with the lips" as their pictures were being displayed on the big screen in the background. Now Megan Fox is in a relationship with MGK (Machine Gun Kelly), and they have a whole lot of details of their relationship floating around the social media.

Keep Reading: David Avery Is a Father! A Look Inside His Family with Wife and Daughter

As of recent, Megan took social media by storm and became a talking topic when she discussed how she and MGK drink each other's blood and how she manifested MGK when she was young.