Why Did Brandon Hatmaker and His Former Wife Jen Call It Quits?

By Asmita Neupane | On: December 06, 2021
After Brandon Hatmaker made headlines for his rumored affair with Rachel Hollis, he is back again in the limelight for his divorce from his wife Jen. 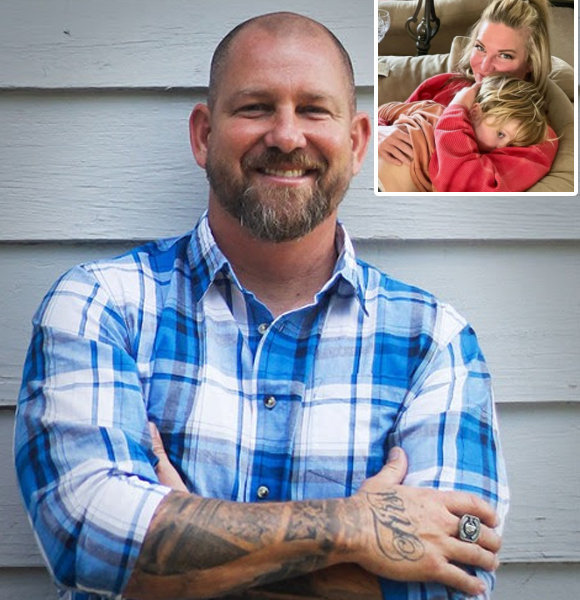 Brandon Hatmaker and his wife, Jen Hatmaker, created quite a stir on the media when they announced their divorce through social media.

The Instagram post of Jen on September 7, 2020, where she uploaded an image that reads 'Pray for us,' was added with a lengthy caption addressing her and Brandon's separation.

Why Did Jen and Brandon Hatmaker Divorce?

"I first thank you for the kindness you have shown these last two months."

Jen expressed her gratitude to her Instagram followers before she dived into the impact of her and Brandon's separation.

Finding it tough to put it into words, she described the separation as 'completely unexpected.' She also shared she was 'shocked, grief-stricken, and broken-hearted,' about her split with Brandon.

Further requesting the public to give the family some personal space at the devastating time they were going through due to the couple's split, she wrote,

The kids and I are getting away to retreat for a while, and I ask for your kindness…and for some room to breathe. Please respect the privacy of our children and our extended family.

However, besides addressing her current scenario after their split, the post did not reveal anything of the reason for their divorce.

As per a source, Bandon filed for divorce on August 21. However, the divorce file did not disclose what caused them to split.

Get to know - Is Amber Lancaster's Divorce Rumor True?

The couple soared to popularity as a power couple who founded Austin New Church and authors. But, they are primarily known for their appearance in My Big Family Renovation, an HGTV show, in 2016.

Married in 1993, the pair share five children from their decades of togetherness. Three of their kids are the pair's biological kids, while two are adopted. Although the reason behind their divorce remains concealed, rumor has it that the split was because of Brandon's extramarital affair with Rachel Hollis.

Rachel is the founder of TheChicSite, a lifestyle website, and Chic Media's CEO. She had once appeared in an episode of Jen's podcast, For the Love of New Beginnings.

It is yet unknown how the rumor of Brandon and Rachel's affair came to be, but it did not take long to spread like wildfire.

While the alleged affair was surrounding Brandon, Rachel's divorce from her husband, Dave Hollis, in 2020 also added fuel to the rumor when many speculated the affair played a part in Rachel's divorce.

Sharing about her divorce on Instagram, Rachel mentioned a few specifics of her' tough decision to end her marriage. But she did not reveal the reason for their split. Not having mentioned why the divorce had happened, people were quick to associate Rachel's separation with Brandon's failed marriage.

While the rumor is whether correct or a hoax is yet to be confirmed, the reason for Brandon and his former wife's divorce also remains in the shade as they do not want to reveal their personal affairs.

Although the relationship between Brandon and Jen has ended, their parental responsibilities with their kids will always keep them connected in some ways.