Get Ready To Be Blown Away By Dhani Harrison's Net Worth

By Asmita Neupane | On: October 27, 2021
While Dhani Harrison has a desirable life with an impressive net worth, his love life with his wife tells a different story. 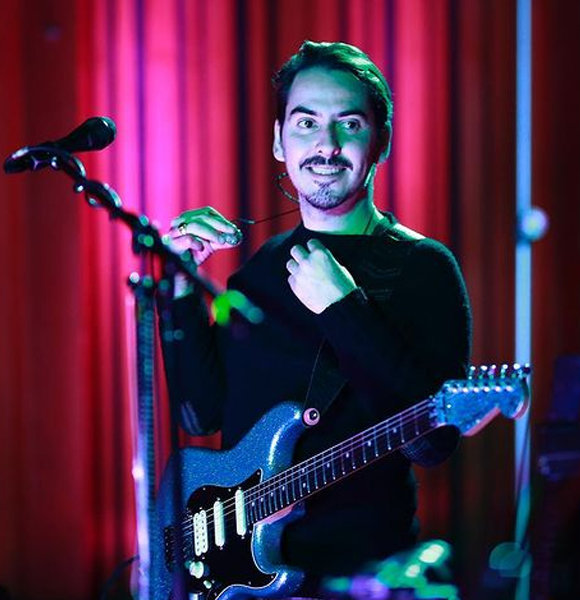 If the name Dhani Harrison alone doesn't ring a bell, Dhani, as in the Beatles lead guitarist George Harrison's son, probably will.

Following his late father's lead, Dhani has done pretty well as a musician, composer, and singer-songwriter, earning an impressive sum throughout his music journey. But, being the only son of the globally influencing band member, Dhani quickly grabbed attention for everything, including his staggering net worth.

What Is Dhani Harrison's Net Worth?

Given that Dhani's father was one of the world's greatest musicians, you must have already figured out how Dhani's bank account must be like.

Talking about exact figures, it's confirmed to have a whopping net worth of 400 million dollars in 2001 at the time of his death, as reported by Celebrity Net Worth.

Now you have probably already used your brain cells to assume Dhani's inherited net worth roughly. Yes, it is in hundreds of millions!

According to another confirmation by Celebrity Net Worth, Dhani has a stunning net worth of 275 million dollars as of 2021.

The source also confirms that George's estate at his demise was split equally between his son and wife, Olivia Harrison.

Besides, Dani's source of income that adds to his father's inherited fortune is his music career. Dhani photographed with his father while he was young (Source: Society of Rock)

Growing up with a musician father, his inclination towards music developed from a young age, and he soon began learning to play instruments while he was little.

While Dhani pursued his career in car designing initially, later he made a transition and picked music as his lifelong career.

After the world was saddened by the unfortunate loss of George Harrison, Dhani helped complete his father's unfinished album, Brainwashed, in collaboration with Jeff Lynne.

Not to mention, the album became a mega-hit which even won Dhani a Grammy for Best Pop Instrumental Performance in 2004.

With the album hitting several top spots on several music charts, it's obvious that Dhani must have made a massive sum from the album.

Apart from that, Dhani's fortune is added by his one solo album, four collaborative albums, and two EPs he has released during his career.

Among several of his assets, the waterfront residence in the canals of Venice, which is under his name, was up for sale for 3.99 million dollars in 2019. As per the report by LA Times, the house sale would profit him with 2.6 million dollars.

He surely has a prosperous life that most can only dream of with all the fortune under his name. But Dhani's love life is a different story.

Well, Dhani, age 43, might be lucky in the case of finances and professional life, but the musician has had his share of setbacks in his love life.

The musician married his long-term girlfriend Sola Karadottir in 2012 in an intimate ceremony, but the pair fell apart in 2016. Dhani Harrison and his wife posing for their wedding photoshoot (Source: Vogue)

As reported by TMZ, the musician filed for divorce ending his four years of marriage. The reason for Dhani and his wife's separation was cited as irreconcilable differences.

Unlike other messy celebrity divorces people are used to seeing often, Dhani and his wife's split was considerably cleaner.

As they did not have any children and decided to divide everything they possessed equally, they parted ways without making a fuss.

Since the divorce, the musician is not seen involved in any romantic relationship, which suggests he is yet to find a partner to settle with.