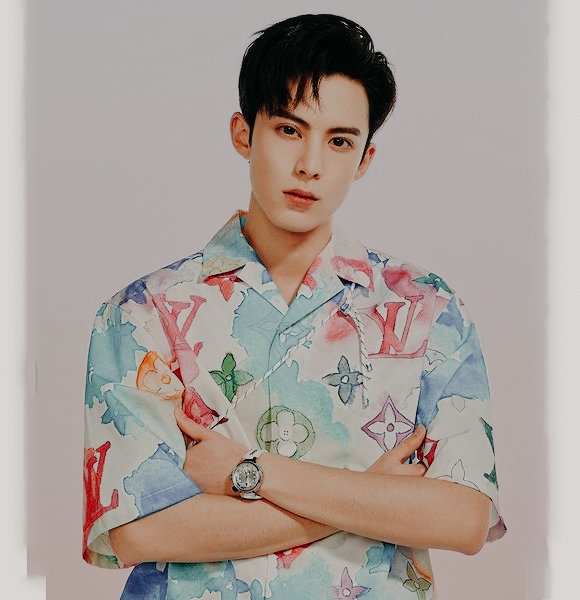 Dylan Wang and his chemistry with Shen Yue have sparked dating rumors after appearing in a drama together.

Are Wang And Shen Yue Dating?

Wang was successful in winning hearts and gaining attention after his debut in Meteor Garden.

But apart from his amazing performance in the drama, he was most famous for his chemistry with the female lead of the drama, Shen Yue. Being a heartthrob amongst his millions of fans certainly has its perks, but it also subjects him to be on a close watch as for his dating life.

Since the drama, the heartthrob is linked with Shen Yue, and their dating rumors do not seem to die down.

Their chemistry was so impactful amongst the fan base that they started a petition for the two to be cast in a drama together as a couple on change.org.

The fan's wish was rightfully satisfied when Wang joined The Inn 2 casts alongside Shen Yue.

Although fans have been shipping the two since the drama's release, they have not made any official statements regarding their relationship.

But The Ever Night season 2 actors seem to have already found the love of his life, which might break a few hearts, but the girl is not Shen Yue.

Who Is Dylan Wang's Girlfriend?

In early August 2020, the Meteor Garden fame was spotted with a Mysterious girl in china. The lady was seen accompanying the Chinese heartthrob to his basketball game.

The alleged couple was walking down the streets and sharing chicken drumsticks. Shortly after the pics were released, fans started pouring congratulations to Wang’s way.

But as discreet as he can be about his personal life, he has made no comments about the matter either. So it is yet to be confirmed if the woman is his girlfriend.

The uncertainty of his dating life has only made fans more invested in finding out more about his possible wife or girlfriend.

Speaking of recent romances, Wang starred in the drama The Rational Life alongside Chinese actress Qin Lan. The 41-year-old actress caused some headlines while she was promoting her upcoming drama where she romances, Dylan.

Having an on-screen romance sure did cause fandom to wish the duo to date in real life, but as the actor is super hush about his dating life.

It is only a matter of time before his super concealed dating box is opened, and secrets are revealed.

At such a young age in life, he has achieved a milestone that only some can imagine achieving.

It might come as a shocker for some, but his crazy fanbase has come very early in his career. He debuted in the acting world in 2017 with Meteor Garden. He then appeared in the movie Ever Night: Season 2 in 2020.

The star is also a flight attendant to further add to his career achievements.

Born in Leshan, Sichuan, province of China, he attended Sichuan Southwest College Of Civil Aviation. He worked his way up to become a 16th-level flight attendant and a model for the admission department.

But he turned the course of his career when he joined showbiz.

As of 2021, he has appeared in the movies The Rational Life and Miss The Dragon.