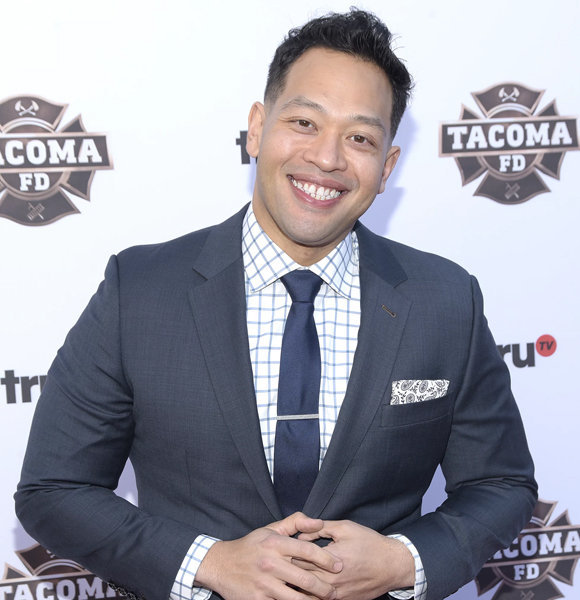 American actor Eugene Cordero's lengthy list of television credits is truly an impressive feat on its own.

As different as his characters have been, so have been his appearance for the characters.

Whether it's opting for a weight loss at times or weight gain, he has without any hesitation changed his workout regime time and again and proved how much of a passionate ball of talent he is.

In an industry that is so competitive and hard to sustain, Cordero is one of the many actors that have to go out of their way to change their appearance and modify themselves to bring lives to the character they are playing.

Seemingly, Eugene has now mastered the art of it. He has never hesitated to undergo any form of weight loss or gain transformation to bring life to the character, and it truly reflects on the role he portrays.

And he now hosts a podcast named 'The Dumbbells,' and he gives massive credit to how fitness changed his life.

Yes, talent matters, and it is the ace of the spade in the industry. But so is the character's appearance, and no one can really debate the fact that the appearance of a character says a lot about the character itself.

The industry is fueled by talent and is run by visual mastery, and Cordero has fit perfectly in the center of all this competitiveness.

People have seen different versions of him from his roles in 'Brooklyn Nine-Nine,' 'The Office,' 'The Good Place to Parks & Rec!'. In some, they have seen him flabby in others; he had undergone a weight loss transformation,

(Not to miss, he was outstanding and charming in every role regardless)

He appeared as a flabby character in 'The Office' and drastically changed his weight for 'Kong Skull Island.' People appreciate the changes he goes through to fit a certain character, but a healthy lifestyle has always remained his passion.

More on:  All on Madison LeCroy's Fitness Regime & Personal Life

The character's demand might have inspired his weight loss transformation, but it was not the only reason.

Over the years, Eugene has tapped into the area of fitness and health and has built a deep-rooted passion for it.

He now hosts a podcast named 'The Dumbbells,' which encourages and helps people go on their transformation journey.

The podcast came around 2017 when Eugene and his co-star Ryan Stanger decided that it was time to do something about their love for fitness.

Eugene, who used to be a CrossFit trainer, along with fitness instructor Stanger, decided to host 'The Dumbbells,' which gives people tips on workouts regarding "what to eat, how to exercise, and gentle nudges to consider working out while listening."

And these two, who both happen to be comedians, make every listen worthwhile.

Eugene Cordero used to go in many other podcasts giving health advice, so it only made sense for the actor to share his passion with the world through his self-tailored podcast.

This fitness enthusiast now helps people through this extremely daunting yet fun journey through weight loss and spreads body positivity and health information.