Iann Dior's Picture With A Girl Hints Towards His Relationship? Who Is She? 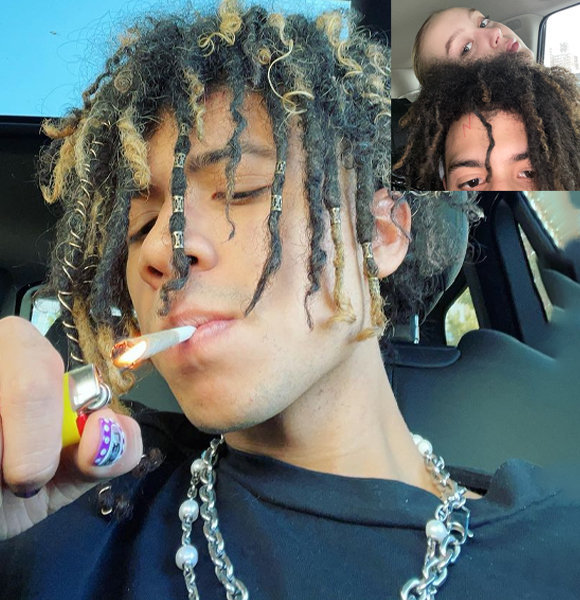 On February 12, 2020, the Puerto Rican-American rapper Iann Dior posted a picture posing alongside a girl on his Twitter handle, which made people speculate if she was his girlfriend. "I think I love New York." Indeed, captions like these would flow off anyone when they get to spend time with their girlfriend.

Iann Dior Has A Girlfriend?

Although there is no answer to this question, the two seemed to be pretty close to each other as they were cozied up in a car taking pictures with and of each other.

But the most exciting thing about Dior's personal life is that he has not been linked to anyone to this date, so kudos to the "Mood" singer for successfully keeping his relationships private.

In an interview with Logan Paul's IMPAULSIVE Podcast, he revealed how he had a girlfriend in his life, and the majority of his songs were for her. He said,

"See the crazy thing is... is I have only had one girlfriend in my life and that girl was like what I made most of my music about"

Dior further stated how he feels that there is more to life now, and he has shifted to making "happier" music.

However, this does not mean that Dior does not dream of dating someone. On the contrary, he is pretty vocal about who he likes and who he wants to date.

In a segment named Hollywire Hot Seat, the rapper was asked who his celebrity crush was, to which he replied,

I think Addison Rae is cute, she is cute!

Similarly, in the Impaulsive podcast, the 22-year-old also hinted at how he would like to date Dua Lipa.

Iann has always maintained secrecy when it comes to his personal life, as a result of which people have come up with their own versions of the story regarding the singer's life, which at times extends to Dior being specualted to be gay; however, it is not our place to confirm this speculation as the singer himself has not made any comments regarding the matter.

Surely, eventually, Dior will have to come clean with his relationship because there is no way the 22-year-old does not have someone in his life.

People even go crazy about his hair; THOSE DREADLOCKS! It's admired by everyone.

Dior's admirers and supporters do not only come from him being a charming personality, partly maybe, but most of them love him because they relate to his music and art.

As a result, he is widely acclaimed and now enjoys a hefty net worth, which he spends lavishly.

He was featured in 24kGoldn's song "Mood," which went on to chart the number one record in Billboard Hot 100, landing him on a spot of upcoming successful artists.

Dior surely earns a reasonable sum of money from his musical career, but he also garners a good amount from his YouTube channel that has over 1 million subscribers and the sales from his merch.

Undoubtedly, Dior has accumulated a net worth of millions with his different ventures, and now he enjoys the fruit of it.

Dior has also expressed that he loves to wear "expensive clothes and items."

More On A Famous Rapper: Awesome Rapper Sean Comb Split/Breakup With his Dancer Girlfriend, What about his Kids? Planning to Sell House?

Originally born in Puerto Rico, he, later on, moved to Texas at the age of 5. Now, Dior has a bright future ahead of him, and it won't be shocking to see him rank in the top lists of artists after a few years. It is only a matter of time!