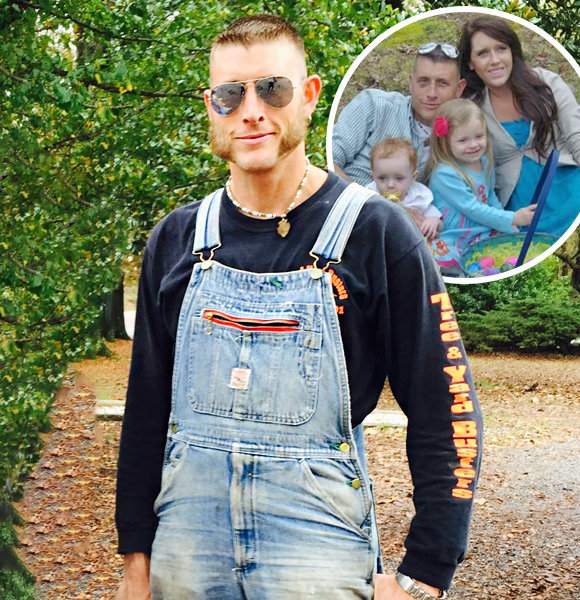 Josh Owens has quickly become one of the favorites among the 'Moonshiners' men. The motocross racer turned moonshiner has experienced stable growth in the industry.

The rough and tough-looking fella has a soft side that we often don't see as it's reserved for his wife and daughter. Viewers have been eager to know about Josh's personal life and whether he has a wife in real life.

Does Josh Owens Have a Wife?

Moonshiner Josh Owens's wife remains a mystery. He has not mentioned a lady in his life recently.

We gather from his social media that he is busy with work, which has occupied most of his time. He has not revealed his marital status or anything about his wife, so we're guessing that he is currently single.

Also check out: Chase Stokes Is a Great Big Brother to His Siblings

His last known relationship was with his girlfriend back in 2013. He tweeted a picture with his then-girlfriend, Amber Lyne Gabric, and his dog Cutiepie saying they were visiting his girlfriend's grandmother. It seems like they were pretty serious about each other, but she never got to become his wife. Whether they are still together or have split is unknown.

However, Owens does have a special lady in his life, and it's his dear daughter, Elizabeth Resse Owens.

On-screen, you've seen Josh surrounded by motos, liquor, and other men in the business, but he's a different man when he's around his daughter.

In fact, he says that his life changed when his daughter came into this world in 2010. However, he has not disclosed who the mother of his daughter is, and he's raising his little girl alone.

"This is when my life changed forever love my baby girl so much I can’t believe she’s 12 now," he wrote on Instagram on his daughter's birthday post, sharing a picture of her when she was little.

With a huge new role as a father on his shoulders, Josh has definitely felt the change, and it's all for good. He truly loves his daughter, and apart from work, she has also kept him busy.

Moreover, she's the top priority for Owens. "My most fav person in the world," he writes in another post. Besides his daughter, Josh is also super close to his family. Sadly, he lost his mother, whom he dearly loved. She lives on in his memories, and he can't help but fondly remember his mom.

Likewise, he was also very close to his grandparents. Unfortunately, they are no longer with him, and he really misses his old folks.

"I don’t know about yall but I sure miss my pa and granny loved my liked no other," he wrote in the caption of a photo of his granddad.

Certainly, Josh was surrounded by a lot of love growing up, and now that he has a child of his own, he is making sure to pass on the love to his kid.

Josh is undoubtedly a loving family man surrounded by his loved ones.

Likewise, he also has a successful career on his hands, so all seems pretty much well in his life.