Insight on Josha Stradowski and His Gay Rumors 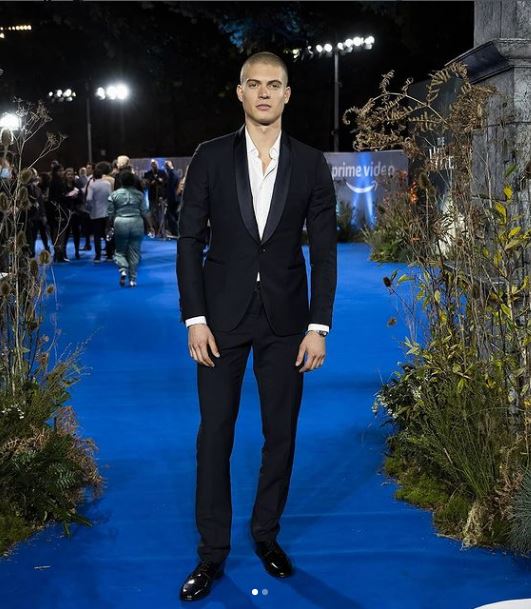 Since Dutch actor Josha Stradowski has appeared in the 2020 release American epic fantasy TV series The Wheel of Time, giving life to the character Rand al'Thor, the actor has buzzed the media with his rising popularity.

But apart from his portrayal in the fantasy series, the controversial speculation on his sexuality deeming him as gay has also garnered quite a buzz recently.

It hasn't been too long for the actor since he came into the mainstream, but his expanding fandom is growing impatient to learn all about the not-so-known personal life of the emerging actor.

Out of several intriguing questions regarding the actor, his admirers are recently bombarding the internet inquiring about his sexuality which many assume to be gay.

In the film, which represents gay romance through characters Joris and Yad portrayed by Josha and Majd respectively, Josha shares a passionate kiss with actor Majad on-screen.

The beautifully portrayed affectionate scene in the movie might have given rise to the rumor regarding his sexuality as gay.

Although the gay rumor has persisted for quite a while now, the actor remains unbothered by it and has not addressed the rumor yet.

Well, the rumor does not seem to settle anytime soon until he comes forth taming his curious fans. However, there is more to talk about Josha besides his gender speculation.

Josha, standing at the height of six feet two inches, has remained low-key since he made his screen debut in 2011. However, his passion for acting dates back to an early age. Beginning to act since his childhood, Josha was involved in musicals such as Ciske de Rat and The Sound of Music.

Later, he graduated from AHK theatre school in Amsterdam and continued performing in plays, including Robert Icke's directed play Oedipus.

The official start of his career undertaking big roles dates back to 2011 when he appeared in the TV series Naranjina en de kadekaper as Freddie. Josha also landed a part in the TV series Spangas portraying Pascal Roozen.

Likewise, in 2012, he displayed his brilliance through the role of Wil in the TV series Hidden Stories. Soon followed another short film, Caged, where he played Niels in 2013.

With escalating fame and exposure, good roles began rolling in. Among the several roles, he portrayed he is recognized for I Can Fly, Men from Mars, Alpha, Instinct, and High Flyers.

While he has been in a handful of projects in the past few years, his recent involvement in the TV series The Wheel of Time is currently the talk of the town.

The fantasy series has gained lots of traction since its release in November 2021. As his career is booming rapidly, the actor's future seems promising.