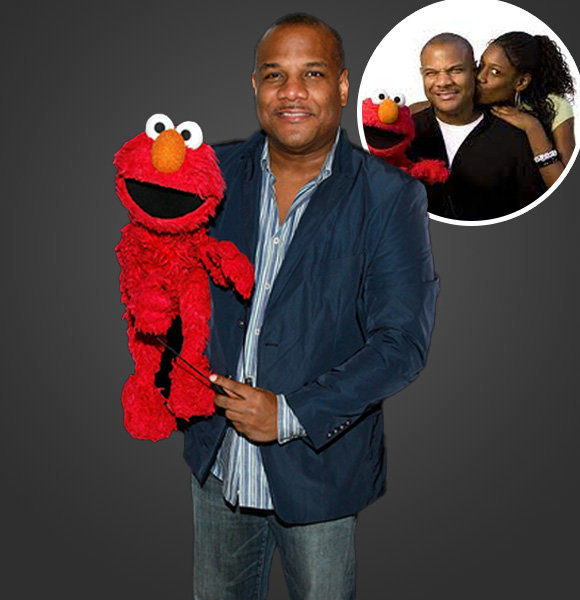 He gained wide recognition and notoriety through his work and later built a successful and rewarding career as a puppeteer.

This talented artist has had uncountable accomplishments in his professional life, but his personal life has been quite challenging.

Kevin had to struggle a lot regarding his gay identity and having to fulfill his married life with a wife.

Kevin Clash Had a Wife?

People who have recently come to know Kevin Clash might know that he is openly gay, and it is a fact of his life that he is proud of.

But dealing with his sexuality has never been as confident and easy for Clash. He was a man with a wife once.

Clash was married to his previous wife, Genia Clash, in 1986, and this marriage lasted for over 17 years.

He did not have a daughter or a son with his former partner.

The two met when his former wife was studying to become a nurse.

During the time, Kevin was building puppets in the bathroom of her college dorm. The college romance turned into a lifetime promise but little did the two know that promise had its obligations and conditions. Kevin Clash with His Wife (Source The New York Post)

Kevin had to live a double life. He had his truth locked away because he had to keep up with his marriage. But the two Kevins were completely different.

Being married to a woman, Kevin struggled a lot with his sexuality. He basically had to live two lives for decades, and it's something that not many of us can understand how hard it can be.

We love each other deeply, but after 17 years, it was not enough to sustain our marriage.

The Emmy-winning puppeteer came forward talking about the problems in his marriage three years after his divorce during an interview with The Daily Beast.

Now, Clash is an openly gay man, and he came out publicly about his homosexuality back in 2012 when he was facing a mass charge of underage sex charges.

The actor then put forward this statement on the brink of controversy.

Revealing the truth about his sexuality to the world, he said, "I am a gay man. I have never been ashamed of this or tried to hide it, but felt it was a personal and private matter."

Five men had filed a lawsuit against him, claiming that he was involved in underage sexual actions, but the lawyers and Clash both denied the allegations.

He was later suspended from 'Sesame Street,' and he resigned from the show after the allegations came forth in the media.

Dont Miss: Benjamin Crump's Children Are the Inspiration Behind His Work

As of 2022, he played the role of Uncle Travelling Matt (puppeteer) in 'Fraggle Rock: Back to the Rock.'  After his long break, the puppeteer is back in the game, doing what he does the best.