Kristian Kordula: Is He Gay? Details About His Partner 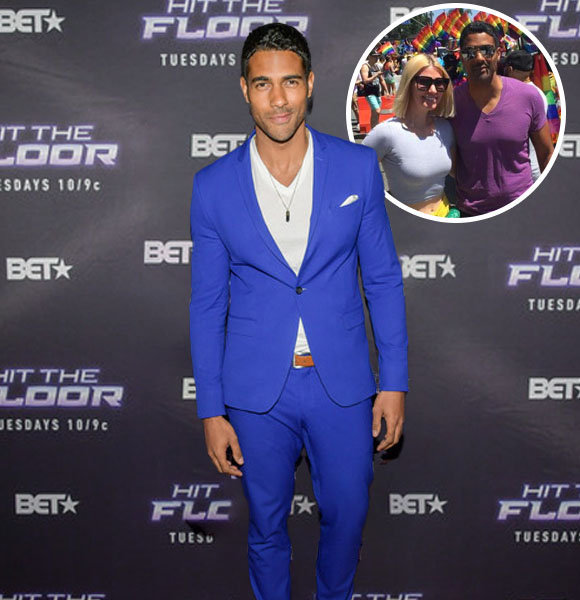 American actor and producer Kristian Kordula has stolen the hearts of millions of people. But, some rumors have questioned his sexuality. Is he really gay?

Keep reading to find your answers.

Kristian has played multiple roles as a gay character in his career.

With his acting skills, he perfectly portrayed a gay character in 'The Haves and the Have Nots,' which started the rumors about him being a part of the LGBTQIA+ community. Kristian's gay character in 'The Haves and the Have Nots.' (Photo: Oprah.com)

Kristian's fans can sigh relief as he is a straight man. But, it is heartbreaking to say that this handsome hunk is already married to a beautiful wife.

Who Is Kristian Kordula Married To?

Kristian has proved that he is not gay by marrying the love of his life.

The 'Big Shot' actor married his long-time girlfriend, Nina Monroe, in 2014. Although little is known about how the couple met, they have been together since 2005.

Regardless, 'The Young and the Restless' actor prefers to call his wife a thief, a thief who stole his heart.

There are not many details about Nina, but looking at Kristian's social media, we can call his partner a fitness freak.

Kristian and Nina's way of spending time with each other is doing workouts. They motivate as well as give challenges to each other while exercising.

It is sure a unique way to spend some quality time.

Besides that, the couple supports the LGBTQIA+ community and often advocates for them. So we can call them a power couple.

Kristian never misses showing off his partner to the world. His social media shows that he and his spouse are still going strong.

Even though Kristian and Nina have been together for almost 20 years, they still haven't planned to grow their family anytime soon.

We hope the two will soon announce the good news.

Born on May 1, 1979, in New York City, Kristian hasn't given many details regarding his family. However, he was raised by his parents with two siblings by his side, a brother and a sister named Chantal E. Kordula.

You May Like: Leslie Odom Jr. & His Wife- From Being Broadway Co-Stars to Husband and Wife

He is of American nationality but hasn't revealed anything about his ancestry or ethnicity.

Kristian started his acting career in 2007 by appearing in 'The Weekend.' A year later, he appeared as Nick in 'College Road Trip,' which made about $45.6 million at the box office.

Following that, the television show 'Hit the Floor' helped him get a lot of fame.

In 2014 with his short film 'You're a little late,' he made his debut as a director and producer.

Kristian has certainly amassed wealth after working in the entertainment sector for more than ten years.

But, Kristian being a private person, hasn't revealed his net worth to the public.

As of now, he shares a happy home with his lovely spouse.