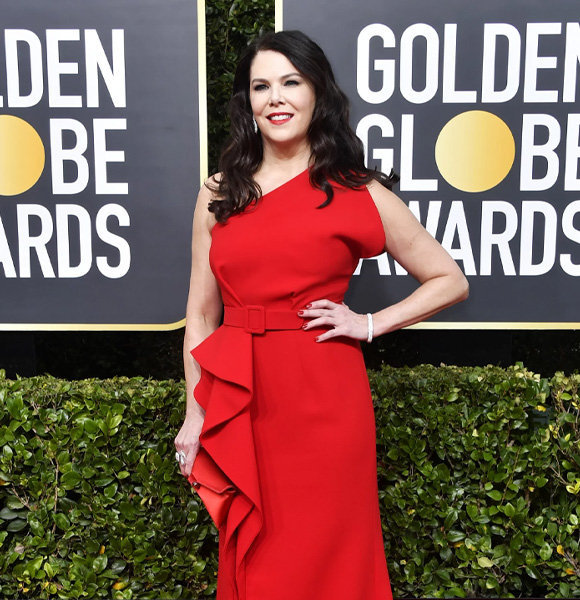 'Gilmore Girls' star Lauren Graham has remained the talk of the town for decades, ruling thousands of her fans’ hearts. She is one of the most recognizable faces on TV screens. Her glowy smile and absolutely stunning looks captivate millions.

However, a few years the talented actress gained plenty of attention for her weight gain and dieting dilemma. And, her fans still seem to be curious about her weight gain details.

After receiving thousands of queries regarding Lauren’s secret behind the weight loss, she finally addressed them.

Moreover, the portal Self sheds light on the detailed fitness regime she followed to cut down her weight gain.

When Lauren was invited on a photoshoot with the portal, she opted for a fitness routine to look trimmer in the photoshoot. Regardless, the actress's beauty never fails to shine, but her effort to adjust her healthy lifestyle is exemplary.

Now, getting back to her fitness routine- she designed a five-week weight loss target.

Before that, Lauren also went through her self-assessment procedure where she realized that skipping, hiking, walking, or running hadn’t been creating much of an effect on her.

All of these happened due to a lack of consistency and proper diet. Keeping this in the head, she scheduled her five weeks alongside a fitness trainee, Michelle, and of course, a good diet.

Lauren revealed how she underwent a healthy weight loss journey with Michelle. Her fitness trainee suggested Lauren use a heart-rate monitor, which reminded her not to put much pressure on the heart.

Her first week started with a strong ninety-minute workout schedule where she ran on the treadmill from seven to nine miles. She could feel her muscles sore and feet hurting, but these hardships made her realize that she was gradually achieving the results.

Within her second week, she got as much change as required. Lauren was unveiling her inner diva gradually by that point in time.

By her third and fourth week, she was undergoing a visible change in her body; as a result, she felt a little puffier and dehydrated.

Her trainee advised her to drink a lot of water to subside bloating and food cravings.

By the time she reached her targetted week, that is, she had slimmed down noticeably in the fifth week.

Lauren dedicated all her hardships to her astounding trainee, Michelle. As a result, 'Gilmore Girls' star glimmered with elegance on her cover shoot for which she had been prepping up for five weeks. She did initiate this journey as a five-week targetted plan, but she is supposedly pulling off a healthy diet and workout regimen to this date.

Also, throughout her weight loss journey, she talked about how she doesn’t want to age rough but wishes to age gracefully. Keeping this in mind, many people brought in the topic of the actress getting some work done on her face.

But, as Lauren has not addressed anything about undergoing plastic surgery, the rumors hold no solid ground.

Either weight gain or no plastic surgery- the actress's down-to-earth personality and positive aura are what her admirers love about her.

To all her fans, enthusiastic about Lauren Graham's weight gain details and her fitness regime, this five weeks slim-down plan might have been motivating enough.