By LRU Writer | On: November 18, 2019
Lauren Graham is one of the most beautiful actresses in the Hollywood industry...Aside from her career as a wonderful actress, Lauren is also an...Well, the prospects of being married are yet to come knocking on...In an exclusive interview with Ellen Degeneres in 2014, the actress had...Lauren boasts a net worth of... 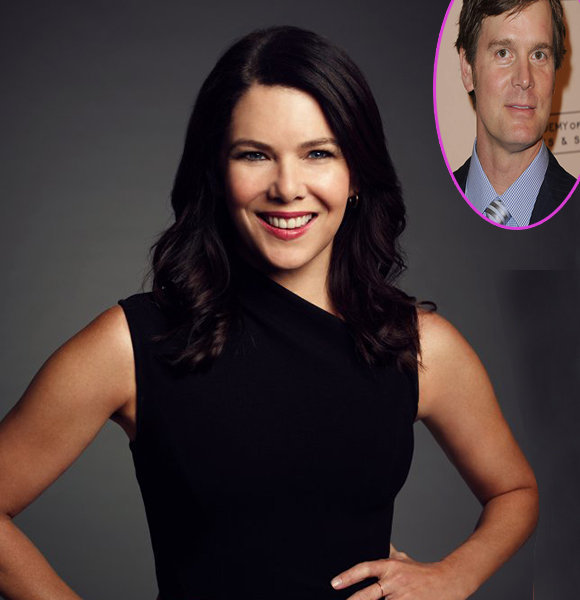 Popular as Lorelai Gilmore from the CW's Gilmore Girls, Lauren Graham is one of the most prominent actresses in the Hollywood industry.

Appearing on featured films like Evan Almighty, It's Kind of a Funny Story and Bad Santa, Lauren is a household name with more than 50 acting credits to her name.

Aside from her career as a wonderful actress, Lauren is also an author by profession. To date, she has written and published three books, Someday, Someday, Maybe, In Conclusion, Don't Worry About It Talking As Fast As I Can: From Gilmore Girls to Gilmore Girls (And Everything in Between).

So what's up about the actress-author in 2019?. Dwell into the details of her personal life down below.

Well, the prospects of being married or having a husband are yet to come knocking on Lauren's door. For now, the actress is enjoying a long time relationship with boyfriend Peter Krause in 2019.

Explore:- Dylan McDermott Lightened Up His Life After Proposing Girlfriend To Get Married

Interestingly Lauren - height 5 feet 8.48 inches (1.74 m) - and Peter used to play the role of brother and sister in the family drama series Parenthood, but their relationship in real life has transcended way beyond.

The duo has been dating since 2010 but met way back in 1995 on the set of Caroline in the City. Initially, friends, the pair's relationship, took the path of love soon enough.

The pair are going quite strong. A nine-year-long relationship and Lauren has only good things to say about her boyfriend.

Interestingly though, the pair are not engaged or married.

In an exclusive interview with Ellen Degeneres in 2014, the actress had answered the question regarding her marriage. In response, she said that she was delighted how things were going and felt like they were already married.

As of 2019, it seems both the actress and her boyfriend feel no rush to advance their relationship to the next stage.

Lauren was born on 16 March 1967 in Honolulu, Hawaii. Daughter of fashion buyer mom Donna Grant and candy industry lobbyist Lawrence Graham, Lauren's parents split up when she was just five.

She later moved to Washington, D.C.with her father. Growing up in Nothern Virginia, she took an interest to horse-riding before ultimately working on her acting. Lauren went on to attend the Langley High School.

Later, she graduated from Bernard College of Columbia University, New York, with a Bachelor of Arts degree in English Literature.

Lauren boasts a net worth of $15 million, and combined with her boyfriend's earnings; the number becomes a total of $35 million.

As of 2019, Lauren is all set for a meet and greet with cast members of Parenthood. While the preparation for the special celebration of the hit drama at the ATX Television Festival has already begun, it will only be airing in the year 2020.