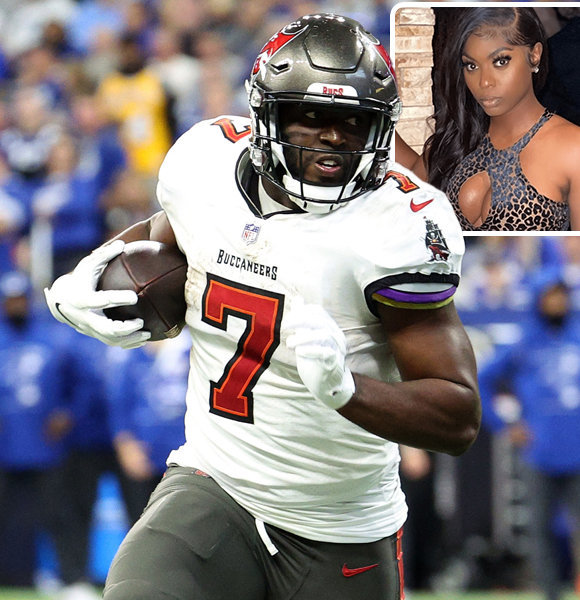 An American football sensation, Leonard Fournette, is a name that is seen as an inspiration to thousands of eyes. But, apart from garnering immense success worldwide, this man holds himself down to earth and humble.

He has won several hearts with his talents, but he had exchanged his heart with his significant other, his soon-to-be wife, amongst those thousands of souls.

But, recently, the eternal love they shared before is rumored to have paved their ways apart. If you are one of those fans, quenched with the same question, stay engaged, we will let you know things in depth.

Leonard Fournette’s Has A Wife?

Leonard has stolen hearts and the limelight with his mesmerizing gameplays. He does seem like a social butterfly but is an extremely reserved person in real life.

Leonard has always been private and introverted regarding his personal life issues. But, there was a revelation on how the football personality had his heart fixed to his girl, his soon-to-be wife, Jamie Jones. The couple had their hands held for a long period. Many were waiting for them to be husband and wife.

The perseverance in their relationship was vivid, and they made love feel ethereal. There was a time when they were both filling the canvas of life with immense love and affection.

Moreover, adding vibrant color to their beautiful outlines, they introduced adorable children into their lives. Leonard and Jamie, who was his soon-to-be wife, became parents to two adorable children named Lyric, their daughter, and son Legend. The couple did give birth to children, but things were not as easy as they might seem. While giving birth to Lyric, things had gotten immensely complicated for the little girl. She was delivered five months premature while weighing three pounds and two ounces.

Her weight was less than half the weight of most of the born children and was the size of exactly a gallon of milk. Unfortunately, her sudden arrival hadn’t kept the doctor prepared enough to provide any pain relief medication to Jamie, her mother.

Moreover, her umbilical cord was wrapped around her neck while being delivered. After that, everything started to seem immensely complicated, leaving the parents anxious.

Lyric was fed with a tube that ran through her nose and went down the throat until the next week of delivery. Since then, she has always been immensely precious to Jamie and, of course, to her father, Leonard.

Also, read Abdelhak Nouri's Parents & Siblings - Where Is He Now?

Lyric recovered from all the complications, and today, she is healthy and as adorable as ever. In addition, apart from Lyric and Legend, Leonard also has another son named Leonard IV. However, the mother of the child is yet to be disclosed.

As said earlier, the football champion is quite a reserved person and believes in keeping things private. This could have been why he did not disclose his son’s birth mother.

For now, Leonard’s son, Leonard IV, resides in Baton Rouge, and his other daughter, Lyric, and his son, Legend, live in the New Orleans area.

The football star has been nurturing all his children to the level best. He has also figured out his son, Leonard IV’s interest in the sport and has started polishing the kid with some football skills.

Despite building such a beautiful family together, Jamie and Leonard couldn’t pursue their relationship further. So they paved their paths apart before walking down the aisle and initiating their journey as a husband and wife.

Their romantic relationship might have ended, but they haven't deprived themselves of taking care of their children. They share equal responsibilities while grooming their kids.