Liz Carr Overcoming Her Disability & Illness & Winning Over It

By Bahar Jung Thapa | On: December 25, 2021
Liz Carr, as much she has gained success in her business, has simultaneously gained enormous respect for not letting disability be a factor that defines her and being the inspiration for millions. 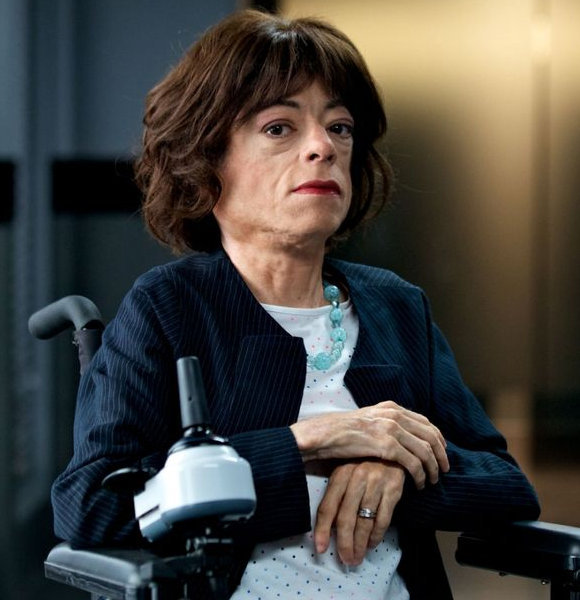 The cast of the second season of "The Witcher," Liz Carr, as much she has gained success in her business, has simultaneously gained enormous respect for not letting disability be a factor that defines her and being the inspiration for millions.

The Power of Liz Carr

Yes, her disability, as some would say, is her biggest power.

While we say this in full conscience of how tough it can be for someone who goes through the journey and is going through, so in no way do we mean to invalidate someone's emotions.

However, in the case of Carr, she has embraced all the differences that she was introduced to in life early on and, with all the experiences, decided to help the people who need assistance or voice.

She has been actively involved in the welfare of disabled people and has been a disability rights campaigner in the UK for almost 20 years.

Eventually, the exposure from her outstanding work opened her doors for acting, and the now 49-year-old stepped into the entertainment industry when she was in her thirties.

She played roles in "The Exception and the Rule," "Silent Witness," "Devs," but the most notable of it all and probably one of the most important roles in her career was when she was announced to be in the cast of the second season of "The Witcher" back in March 2021. Now, as the second season has been released, curiosity regarding her life has suddenly spiked.

Indeed! Her role was amazing in the show.

While the exposure and applaud she got came along with a fair share of questions, out of which the incident that occurred to her back in 2018 was one of those.

What Happened with Liz Carr?

Liz Carr suffers from a term named, Arthrogryposis. Due to which she had to use a wheelchair since the age of seven.

Some do tend to think that it is an illness; however, it is not. It is a term that covers over 300 conditions.

Although Carr's illness has made some things limited for her, she never lets herself feel that way and urges people not to do so themselves.

And she does quite a good job at it, probably why she is also a comedian who does hilarious stand-ups. Often in her stand-ups, she regards her condition as "menus thronus kaputus."

The captivating and beautiful activist has a smile that could melt million hearts. Sadly, she had to face a very tragic incident in her life when she was attacked out of the blue.

Carr was crossing the road with her carer when a man appeared and attacked her with scissors outside of Euston station back on August 10, 2017.

The man attacked her in the head, and her carer was also a victim of the attack. However, she later recovered fully, and the man was eventually arrested and detained.

Though Carr has experienced her share of struggles in her life, she, in the end, is one of the people that sees the light in everything and cares to provide the same light for everyone.

Her contribution is truly undying, and so is her charisma that makes people never give up and try to be happy no matter the situation.