Michael Essien and His Wife Giving Their Marriage Another Chance? 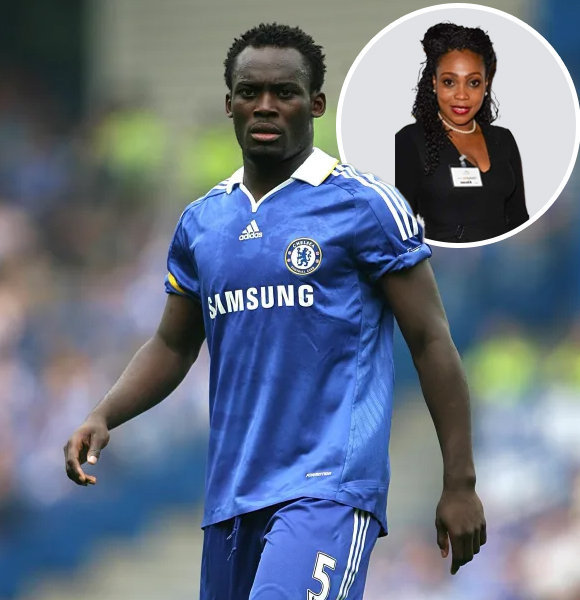 Michael Essien has a big reputation as a brilliant former footballer, but with his widespread fame, his personal life also garnered substantial attention quite a while ago.

Former Chelsea player Michael appeared in the headlines when his friend Asamoah Gyan filed for a divorce. But unfortunately, the news about his friends also revealed Michael's extramarital affair.

After his turbulent relationship with his wife, a big question arises, 'is Michael Essien married or divorced?'

Keep scrolling to find your answer.

Michael Essien Still Together with His Wife?

Michael is married to Akosua Puni Essien. There are not many details about their wedding, but many sources claim that they got married in 2013. Michael with his wife and kids. (Photo: peacefmonline)

They have been married for a long time, but in 2018, the affair between Michael and Gambian actress/Instagram model Princess Shyngle shook their marriage.

According to The Delay Show, Michael's girlfriend, Princess Shyngle, didn't know he was married. She said,

I dated him. I had no idea he was married. I had no reason to ask him because I never saw wedding ring on his finger and there were obviously no pictures of him and any woman on a social media so I assumed that he was a single man

Shyngle also mentioned that she immediately broke up with him after knowing he had a wife and kids.

On the other hand, Michael's wife left his house with their children when she learned about the affair.

Akosua was heartbroken as she always bragged about her husband's loyalty, and the news of him lying about not being married and dating other women made her question her beliefs.

Many sources started claiming that Michael got divorced from his spouse. The speculation about their separation surfaced after Michael's friend Asamoah Gyan's divorce. However, it was all false.

Instead, Michael's wife, Akosua, decided to give him another chance. So now, the couple is working together to make their marriage work for their kids.

He undoubtedly struggled with managing his marriage, but his career, on the other hand, has been very successful.

Michael Kojo Essien celebrates his birthday on the 3rd of December. He was born in Accra to his mother, Aba Gyandoh, and father, James Essien.

Talking about his siblings, Michael has not shared much about them, but he once mentioned having eight brothers and sisters.

Michael has been fond of football since childhood, and he started his football career after graduating from college and joining the Liberty Professionals team.

Explore: Did Jo Koy Wife Up His Beautiful Girlfriend?

His amazing 1999 FIFA U-17 World Championship performance made many European teams approach him. Interestingly, he was approached by Manchester United, but he had to decline the offer because he could not get a UK work permit.

After playing for Bastia and Lyon, Michael got approached by Chelsea. At the time, Michael's signing fee was regarded as the most expensive signing ever. Chelsea's one of the most expensive players, Michael (Photo: Instagram)

As of now, he has been an assistant coach with FC Nordsjaelland, helping to carry out the activities effectively while also adding a fresh perspective to the team's evaluations.

You May Like: Sergio Carrallo's Father Offers Him A Hefty Sum To Leave His Wife

At the age of 39, Michael's hard work and dedication have paid him a huge fortune.

According to Celebrity Net Worth, Michael has accumulated a net worth of $35 million with a salary of $4 million.

Adding to his net worth, Akosua became the rightful owner of the Italian Football Club Como by buying it for £206K.

Together, the husband and wife have been managing their family and business.