By Asmita Neupane | On: December 15, 2021
Miranda Rae Mayo, who has been the center of focus since her impactful appearance in the TV series Chicago Fire, has her fans relentlessly curious about her parents and ethnicity. 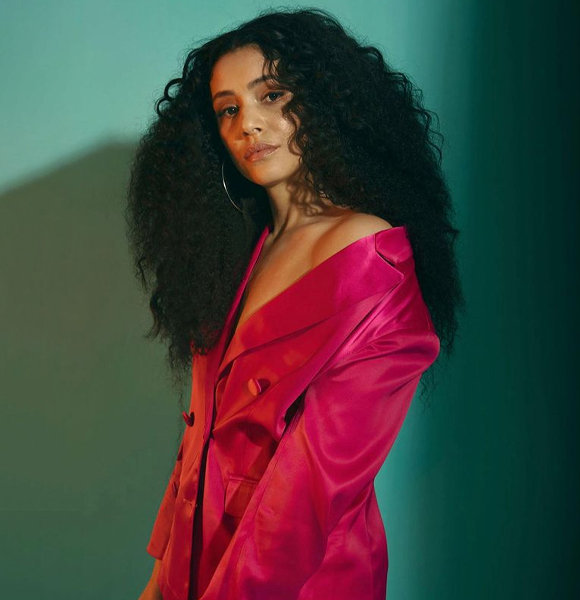 Miranda Rae Mayo has her fans hooked on her since her surreal portrayal on Chicago Fire playing the character Stella Kidd. Since garnering substantial attention for her excelling career, people are growing more intrigued about her personal details, including her parents.

And, her Instagram posts are there to spare her information-hungry fans regarding what her life outside the TV screens is like.

Who Are Miranda Rae Mayo's Parents?

The Chicago Fire actress is a big family person at heart that reflects through her online presence.

Though she is keen on keeping most of her personal details away from the public eye, her occasional family posts on her' gram are certainly a treat to her 349 thousand Instagram followers.

Born to parents Kenneth and Linda Herbert, she shares a relatively close bond with her mother, as her social media posts suggest.

One of the rare appearances of her mother on her 'gram feed is from August 6, 2021, when the actress showered her 'mama' with love on her birthday.

Wishing her mother on the special occasion, she posted a series of reminiscent pictures, encapsulating the mother-daughter moments from early to present.

While the first picture reflected her childhood with her mother, her later images display their ever-lasting tight-knitted bond.

Furthermore, her birthday wish, as captioned on the post, went as,

Happy birthdaaaay Mama. I love you so much. Miranda Rae Mayo with her mother and stepfather (Source: Instagram)

As for Miranda's father, he has never once appeared on any of her socials. Her parents separated several years ago. Following the divorce, her mother married Joe Herbert, with whom she shares a fulfilling married life.

Moreover, judging Linda's Instagram post, she seems to have another daughter who frequently appears on her 'gram. As for her personal details, the actress's ethnicity has been a matter of curiosity to her fanbase.

But Miranda has not stretched on that matter, and her ethnicity still remains under question. However, she seemingly boasts mixed ethnicity. No wonder the actress's family life is bliss, and as blissful is her acting career, which boomed since she portrayed Stella Kidd in the American drama TV series Chicago Fire.

Having been a professional actress since 2011, Miranda, who belongs to American nationality, made her debut as Anna in the TV series Law & Order: LA in 2011.

At the same, she also expanded her wings, undertaking roles in films. However, to this date, her appearance in films is significantly lower than in TV series.

Some of the films Miranda has been a part of over the years are Inside, The Black Bachelor, We Are Your Friends and The Girl in the Photographs.

On the other hand, her involvement in TV series includes almost a dozen shows. Making an entry in the entertainment with Law & Order, she later appeared in an episode of Supah Ninjas.

Moving on, she was also a part of the American Caravan, which remains unaired to this date. Finally, after a while of dwelling with the small roles, she was cast as Zoe Browning in Days of Our Lives as a regular role for fifteen episodes.

Continuing to expand her wings, the actress landed on her breakthrough role in Chicago Fire, portraying Stella Kidd. Needless to say, she instantly became fans' favorite with her justifying portrayal in the series.

Based on her career's direction, her soaring popularity is sure to pique her to greater heights in the coming days.