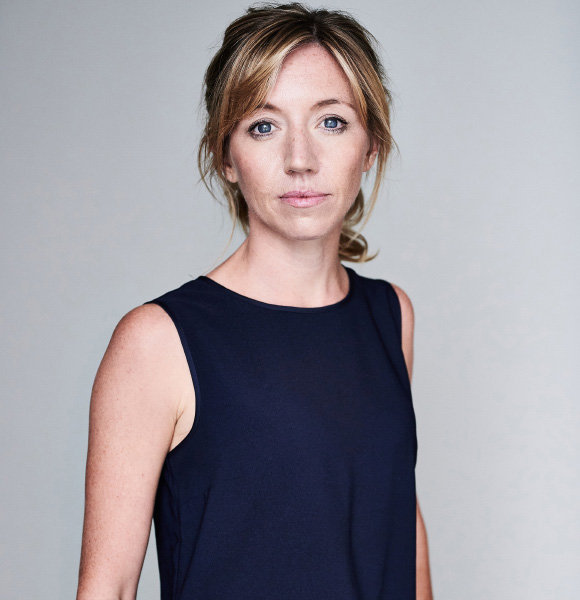 American actress Nancy Sullivan has contributed to the entertainment industry since 1983, but besides her professional feats, her personal life remains far from public reach.

Her super low-key life even led her fans to believe actor Jonathan Goldstein to be her husband. But the reality seems to be different altogether.

A long time back, Nancy and Jonathan Goldstein shared the screen. The two starred in the American sitcom Drake & Josh cast, where Nancy portrayed the role of a mother while Jonathan portrayed a father.

Ever since the series aired in 2004 till 2007, some of the audience seemed to have liked their on-screen chemistry so much that the rumor of the two being husband and wife off-screen began circulating as a wildfire.

Despite no romantic ties between the two, the rumor of Jonathan as Nancy's husband caught quite an attention.

But the truth is, they have never been romantically involved behind the cameras.

One of the couple's admirers even took to Twitter to spark fuel to the rumor of them being married, writing, 'When you learn that Nancy Sullivan and Jonathan Goldstein (the parents in Drake & Josh) are married in real life.'

As lovely as it would be if the rumor were true, Nancy and Jonathan's romantic chemistry never came to exist in real life. The rumors were only cited in non-credible sources and had no relevance to the real-life scenario.

However, the most anticipated on-screen duo was seen sharing a warm and heartfelt moment as it appeared on the Instagram of Jonathan. In the 'gram post of September 12, 2015, Jonathan shared a picture he took with his co-star as the two ran into each other. The two wrapped up in a warm embrace radiated the warmth of their friendship through their big smiles upon seeing one another for a long time.

The lovely Instagram post of the two was quick to receive several comments from Jonathan's followers. Responding to the caption written by Jonathan that read, 'Look who I ran into,' one of the commenters sarcastically wrote, 'You ran into your wife? Did you get a divorce and didn't tell us.'

Ever since that one Instagram post, Nancy has never appeared on his social media, nor has there been any concrete evidence of Jonathan being her spouse. Nancy Sullivan with the cast of Drake & Josh (Source: MTV)

More on - Did Madeleine Madden Split with Her Partner?

Moreover, judging the social media presence of Nancy's alleged husband, it seems as though he is unmarried. Likewise, Nancy, who is notoriously private about her personal life, is also not known to have a husband to this date.

Not to mention, the two being unmarried might have also added fuel to their husband-wife rumor.

Regardless of their alleged romance off-screen, the couple has blessed the audience with unforgettable roles in the Nickelodeon series Drake & Josh.

Apart from that one time, the two have never shared the screen together, but no wonder their fans terribly miss their chemistry.