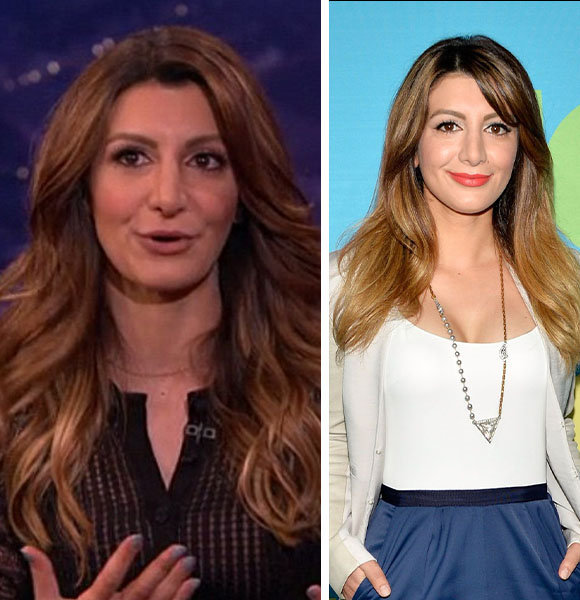 The gorgeous Nasim Pedrad is an Iranian-American actress who has worked in big banner projects that landed her right in the middle of media attention.

As she has been in the business for two decades now, she has shone through wonderful performances in shows such as 'New Girl' and 'Saturday Night Live.'

People have followed her throughout her flourishing professional journey, and they have seen her career graph ascend.

But they also seem to witness some changes in her physical appearance, leading people to think that she might have undergone plastic surgery.

The speculation of her plastic surgery has drawn quite a lot of attention, and the rumors thus far have remained a rumor.

Nasim came to the industry quite young, and quickly she caught everyone's attention with her beautiful ethnic features and her mesmerizing voice. Her acting was always a class of its own which landed her roles in major projects.

She has voiced characters such as Jillian in 'Despicable Me 2' and, as of very recent, 'Pretzel' and 'The Puppies.'

Her appearance in the fantasy musical 'Aladdin' also garnered significant public attention. But this is not new for Pedrad.

She has been the talk of the town since the start of her career, initially due to her gorgeous facial features and later on due to the doubts surrounding her change in those features that look perfect whatsoever.

Her unreal beauty led people to wonder if she did undergo plastic surgery. Although to be fair, we don't have an answer to the reality as she has not spoken anything related to her plastic surgery.

More on - The Secret Behind America Ferrera's Weight Loss Transformation

However, that does not mean there doesn't have to be a conversation about it. Yes, it is the actress's choice regardless, and we are barely in any position to expect news of her personal life, but her silence has only piqued people's curiosity.

There have been lots of talks about her facial structural changes on Reddit. When she was on The Conan show, many people noticed the difference in her face. One user asked, "wtf happened to her face" to which among the several responses one read,

When I saw promos for “Chad” I thought it was make up or effects but it’s still there even in this video... must be botox then!

But this is not the first time conversations as such have sparked.

Back in 2016, her appearance was again questioned by users of Reddit.

One user said they noticed her face looked a "little more waxy" than normal and wondered if it was makeup or botox.

To which the thread seemed to kind of disagree on the botox part,

"Nasim Pedrad? I think she looks fine. If anything they slap way too much makeup on her and the lighting makes her face glow," One user wrote.

Get Updated On: Mario Lopez Has Done Some Kind of Plastic Surgery? - Fans Ask

But some believed her to have plastic surgery because of her nose. A user replied with,

Oh sorry I meant it was obvious because of her nose. That's a plastic surgery'd nose for sure.

Well, in all honestly, all we can do is assume as she hasn't come forward talking about any work done on herself. So, unless she provides any confirmation or there is a strong base to the matter, the question seems to remain still.