By Bahar Jung Thapa | On: November 02, 2021
Pat Riley's wife has been with him through all of his highs & lows as a result of which he is known as one of the basketball legends with a massive net worth. 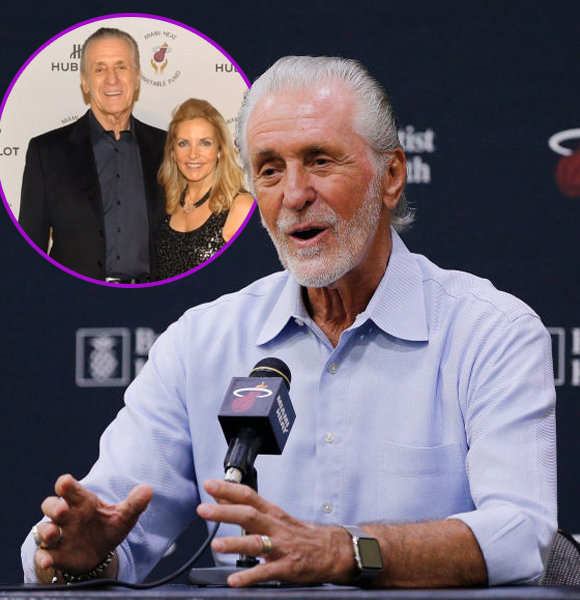 Pat Riley's blessed and successful career is one of the most inspiring achievements that young athletes look up to. However, many little people know that behind this successful man, a woman stood up with him through his highs and lows.

Throughout the years, the team president of Miami Heat has become an idolized face in the field of professional basketball. Coming to this position, Riley surely had to put in a lot of effort and hard work, but there is one entity that always provided him strength whenever he needed it.

His wife, Chris, had a dream of pursuing a career in Psychology, and she did work for it. However, when her husband's career was going down low, she stood up and left her school to support him.

If Pat is a figure that people look up to when it comes to hard work and sports, Chris is a figure people need to look up to for selfless love and sacrifice.

After Riley's career started sailing smoothly, Chris continued her studies and pursued a degree in Psychology. After that, she worked as a family therapist for a few years, and then again, her responsibilities for her husband called.

While she still had a choice to pursue her career, she chose to support her husband again and started to work as her husband's personal assistant leader.

So whenever Pat gets credited for his glorious career, his wife's name should always follow.

Their love, however, is no newly flourished love; their love is decades old. The two married back in 1970 and have been going strong since. So, precisely, they are now married for over FIVE DECADES!

They have two children; daughter Elizabeth Riley and son James Riley. His daughter got married back in 2016.

While there is no obligation for a woman to let go of her dreams to fulfill their spouse's, Chris took a choice and supported her husband freely as well as experienced a satisfying run in her career front.

Together, the duo successfully garnered several victories, the most prominent being helping LA Lakers achieve playoff for six years straight.

His wife surely helped him throughout his career to stand where he is. However, Riley himself has tons of major achievements that cannot go unnoticed.

Staggering Net Worth And Salary

Pat, age 76, started playing professional basketball from the San Diego Rockets after he was picked by the Rockets on the 1967 NBA draft. Riley then went on to play for Portland Trail Blazers and then Los Angeles Lakers.

After playing for almost a decade, he retired in 1976 after completing a season with the Phoenix Suns.

After a glorious run in the court for nine years, Riley started his journey as a coach by working as an assistant coach for the Lakers in 1979.

Player From Los Angeles Lakers: Brook Lopez Busy To Be Dating and Have A Girlfriend? Has Issues To Deal With

Eventually, he later took the role of head coach for the Miami Heat and a president. As of now, he has been the president of Miami Heat since 1995.

His role as a president and a general manager for the Heats helped him amass a salary of $11 million in 2016, which has significantly increased over the years.

As reported by Celebrity Net Worth, Riley stands at a net worth of $100 million. To this age, Riley is known as one of the legends when it comes to professional basketball.