By Asmita Neupane | On: November 22, 2021
Richard Jewell's Summer Olympics Story Caught a Lot of Media Attention & His Wife Dana Came Forward To Talk about the traumatic Impact It Had On His Life. 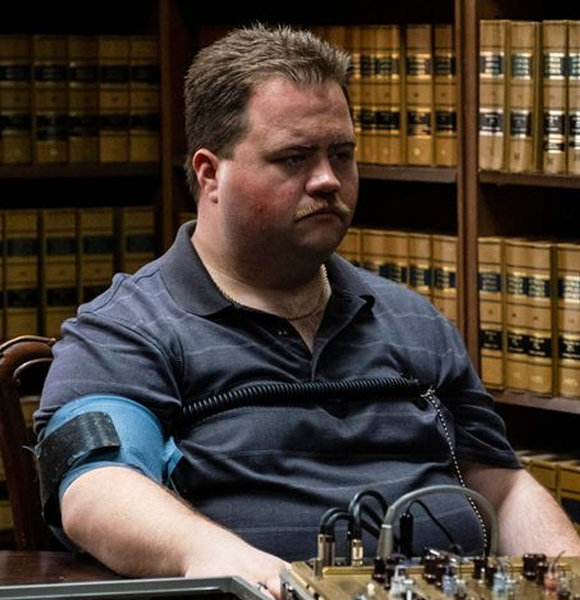 Recalling back the 1996 Summer Olympics bombing, the name Richard Jewell might ring a bell.

Initially, the media deemed Richard the hero when he informed the police of the bomb that would take hundreds of lives in the Summer Olympics event. But, it did not take too long for the same media to turn their back on him, beginning to portray him aggressively after the FBI falsely accused him of planting the bomb.

After over a decade of his death, the release of the film Richard Jewell, based on the bombing incident, sparked attention on the whole situation again. While the controversial movie was set in the theatres in 2019, Richard's wife Dana Jewell came forth talking about the film and the impact of the bombing incident on Richard's life.

"My family and friends and I -- we laughed and we cried, we cried a lot."

She told Fox News while in response to the film made on the Olympics bombing incident. She continued,

It shows he was the hero. And I think it shows very well what the media and FBI did to him.

Dana and Richard met each other after eighteen months of the bombing in 1998 and later tied the knot in 2001. As she described in the interview, she said the incident left him 'scarred' and made him 'paranoid.' In her words,

Afterward, he was so paranoid, he would literally be all the windows when we were out in the public—looking in the rearview mirror. At restaurants, he would be looking around everywhere. He would have nightmares until he died he still had those.

Dana's words clearly explained how traumatized Richard was after the bombing when he was trolled by the media naming him a 'lone bomber,' as soon as the FBI called him in as a suspect.

The media circus went on for eighty-eight days until he was finally cleared of the accusation. Though he was not involved in the bombing, the false allegation turned his life around forever.

Get to know - What Was Virginia Mayo's Cause of Death?

The bombing that would have taken numerous lives if not for Richard took place at Centennial Olympic Park on July 27, 1996, where thousands of people gathered for a late-night concert.

At the event, Richard worked as a security guard, and while on duty, he noticed a suspicious green bag placed under a bench.

While he quickly notified the Georgia Bureau of Investigation, people began evacuating the stadium. But unfortunately, the bomb exploded a few minutes later, taking one life and injuring more than a hundred people.

Later, Eric Rudolph confessed to the crime, including other bomb attacks at the time.

Richard's sudden and dramatic popularity ever since the bombing stayed with him for the rest of his life until he passed away in 2007 at the age of forty-four due to heart failure.

Although he saved hundreds of lives in that unfortunate incident, his wife said that he felt responsible for not being able to save the woman who lost her life in the brutal bombing.

More on - Broderick Crawford's Marriages & Career Before His Death

Born to parents Bobi and Robert, Richard belonged to an ordinary household in Virginia. After Richard's parents divorced when he was merely four, his stepfather adopted him.

Ever since he rose to the spotlight from the bombing incident, people have been curious to know everything from his life after the bombing to his net worth.

While Robert's wife opened up about the disturbing aftermath of the bombing on his life, his net worth however remains unknown.

As he lived an average American life with a moderately paying job, his net worth might have been in six figures or so. Regardless of the public scrutiny that Richard faced during the bombing investigation, he will always remain a hero who saved hundreds of lives by acting responsibly on the 1996 Olympics bombing incident.