By Asmita Neupane | On: December 27, 2021
Sara Gonzales talks about her motivation for fitness and the methods she follows to attain healthy body weight. 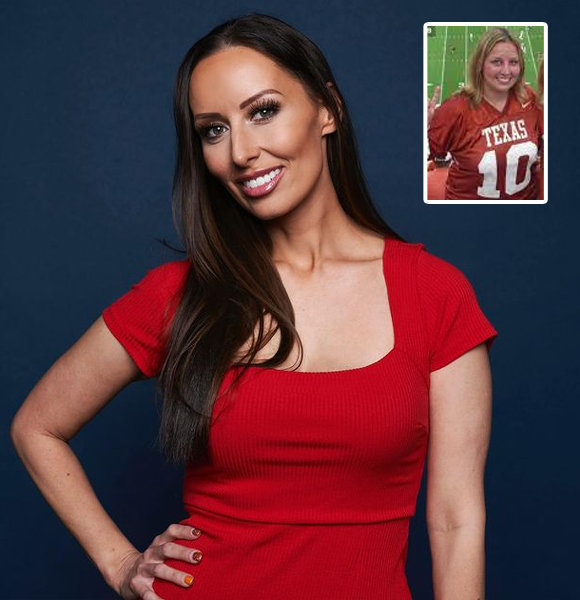 You are probably familiar with Sara Gonzales as the host of Blaze TV. She is pretty well-known for her eloquence and straightforwardness, but besides her note worth personality, her model-like physique does not miss to grab admiration.

However, her journey to attaining a fit physique is a whole different story, and she does not hesitate to talk about her major weight loss transformation whenever she gets a chance.

Sara, who once weighed around a hundred pounds, opened up about her motivation to lose weight several years ago.

Talking to Andrew Klavan back in 2018, Blaze TV host touched on her weight loss journey and what pushed her to transform drastically.

In the interview, where she largely talked about her professional aspect, Andrew swiftly shifted his question to her weight loss, asking how she came down from weighing around a hundred pounds.

Going back to the start where she began her journey to fitness, Sara replied,

I was very fat. It was probably 12 years ago and I was in my last semester at college. I wanted to go into law enforcement.

As she continued sharing her story, she elaborated that in order to get herself ready for her eligibility in law enforcement, her overweight was a major obstacle.

Determined to bring her weight back on track, she switched her diet to low carbs, incorporated exercise into her daily routine, cut off sugar and bread.

The process continued for two years until she reached her target body weight. But later, she got pregnant and gained some weight again. However, falling back to her same old fitness routine, she maintained her weight once again.

Moreover, the interviewer was quite impressed to hear that she still sticks to the same fitness resume.

Talk about dedication and commitment!

Sara has always been vocal about her weight transformation with her followers.

Whether on her social handles or in interviews, she never hesitates to address her overweightedness and how she overcame it.

However, despite her transparency, she is often targeted for being dishonest about her weight transformation. Some even alleged her going through plastic surgery to appear fit.

But, Sara handled the allegation pretty well and came forth with her honest response on her Twitter. Responding to a Twitter user, she admitted that she has never had plastic surgery for her obesity. She wrote in her post of May 2020,

I’ve had zero plastic surgery. Turns out when you get less fat, everything shrinks!

She further responded to another one of the Twitter users, who seemingly criticized her transformation, writing,

The best part of this tweet is that you actually think you’ve uncovered some top-secret photo of me when I have it all over my OWN social media, as I am quite proud of it. 190 lbs in 2 years! Thank you for highlighting my hard work, Sherlock!

To Sara, coming clean about her transformation with her followers has never been an issue. Rather, she aims to inspire others through her journey of hard work and dedication.

Even back in 2017, she was subjected to similar criticism and doubts regarding her weight loss, to which she responded on her show on Blaze TV. Sharing the clip of her response on her Facebook page, she had cleared the air regarding false surgery allegations.

But still, the criticism never stopped.

However, with her sheer honesty regarding her transformation, the criticism seems to have died down, and her journey keeps inspiring others.