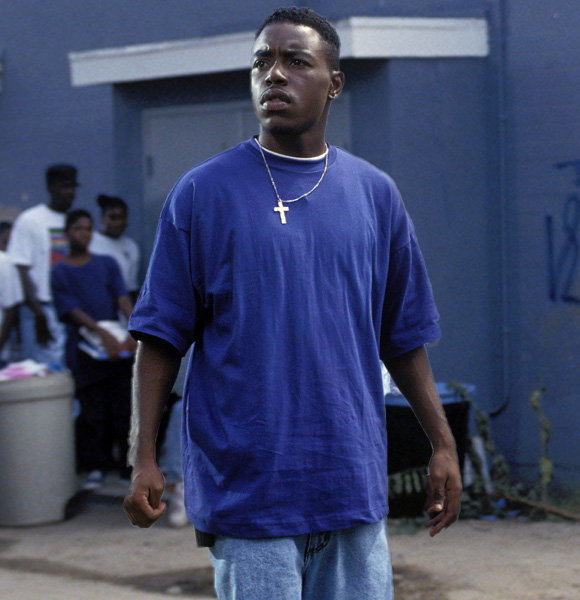 Tyrin Turner is a loved 90s star whose stardom hasn't faded till today. Now, following in his footsteps are his kids. His kids are taking on the Turner name and carrying it forward with their talents.

And, of course, Tyrin was a big inspiration for them and a big supporter. As a result, they share a special bond with their father, who has paved their way into the entertainment industry.

Who Are Tyrin Turner's Kids?

Tyrin has fraternal twins. He has a daughter Tai and a son Tyrin Jr.

Turner is a big influence on his kids. Seeing their father on the big screen was impactful for them as they ventured on to find their own career path. His son has had the biggest impression. Tyrin Jr. is a rapper who goes by the name Lil Caine, referencing his father's character Caine in the hit movie 'Menace II Society.'

For those of you who were unaware, Tyrin himself delved into rapping once.

But, he quickly found out that the genre did not suit him and dropped the projects.

He went by the stage name Caine and aptly, his son has continued on the legacy.

Likewise, he has also fulfilled his father's incomplete project as a rapper.

The multitalented actor has contributed hugely to movie and film culture, and his son is carrying on the family name into music.

Moreover, Lil Caine expressed in an interview that he wanted to do more than just rapping. He is open to exploring more options, including acting. "I want to be an entertainer," he says.

Surely, it will be exciting to see Tyrin Jr. on-screen, and it will be a treat for fans.

On the other hand, Turner's daughter Tai is a social media influencer. Whether she will join the industry is uncertain now, but the kids are young, talented, and, not to forget, really good-looking, so we have our hopes up.

Raising kids is not an easy task. Fortunately for Tyrin, he had his amazing wife to help him navigate through it all.

Who Is Tyrin Turner's Wife?

Tyrin is married to his wife, Amina Garner. They have a bond that has lasted the test of time and stood strong.

Twins mean double the trouble, but Tyrin and Amina make an impeccable team.

Amina wrote on her Instagram on the children's birthday, addressing the topic, "I love you so much and I'm so blessed to be your mom. I don't think any other mom could of handled you two so God made sure he placed y'all with me lol."

Likewise, Tyrin also appreciates everything she does for the kids and family. "Thanks for bein a great mom... raising our twins!!!!!! Always trusted eachother and always was best friends," he wrote in a post for his beloved.

Surely, Amina was a big helping hand behind Tyrin managing a balanced work and family life.

As a result, he's had a successful career, great net worth, and a wonderful family.

What Is Tyrin Turner's Net Worth?

Tyrin made his big break with his memorable role in 'Menace II Society' as Kaydee "Caine" Lawson in 1993.

Since then, he has appeared in many movies, shows, and music videos such as 'A Day In The Life,' 'Supremacy,' 'Soldier Boyz,' and more.

He has earned a net worth of $100 thousand from his career, according to Celebrity Net Worth.

With more projects on the way, the number is sure to reach more heights.