By LRU Writer | On: July 22, 2019
Gregg Berhalter is a man who devoted his life to American...the former Los Angeles Galaxy defender took his first MLS head coaching job with...he age of 12 he focused on playing...his senior career debut in 1993 for the Raleigh Flyers of the...went on to play for the USA at the 2003 FIFA Confederations Cup and helped his... 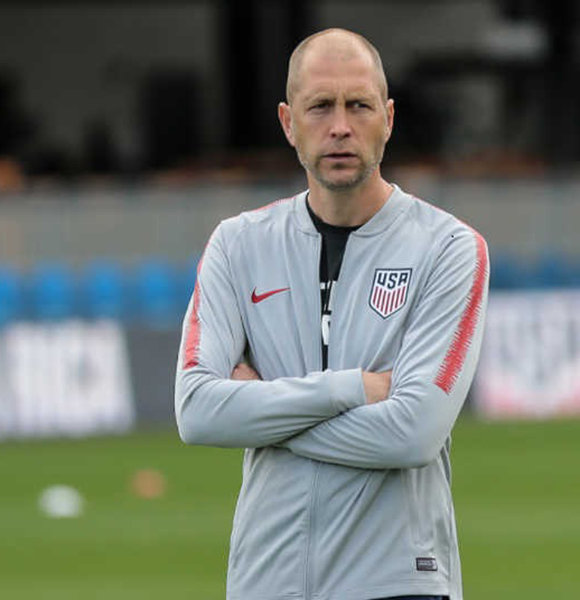 Gregg Berhalter is a man, who has devoted his life to soccer. From playing the sport to managing a team from the sidelines, Gregg made perfect use of the transitions in his career.

Upon retirement from playing, the former Los Angeles Galaxy defender took his first major league soccer (MSL) job as the head coaching of Columbus Crew in 2013.

Gregg Berhalter enhanced his managerial skills from gathering experience via coaching mediocre teams in MSL. Soon, he gained a UEFA A category specified coaching license and was assigned the job of coaching USA men’s football team on December 2018.

However, from his reputation as a world-class manager, the salary he got was not specified by the U.S. Soccer Federation. But, a manager of his caliber sure did not come cheap.

Also, Gregg enjoys a lavish lifestyle from his coaching jobs. He brought a contemporary mansion worth $2.61 million in Southport Corridor in July 2019. The purchase hints the manager's massive net worth.

He attended Benedict's Preparatory High School before moving to the University of North Carolina in 1991 for a college degree. Gregg Berhalter during a training session with the USA men football team on March 2019 (Photo: usnews.com)

Growing up, he played baseball and basketball. After the age of 12, he focused on playing soccer professionally.

Although he boasted a good height of 6 feet 1 inch(1.86m) for a defender, he needed to be physically capable to excel in soccer. It was Greg's parents' work ethics that drove him to work hard and train day in day out.

Soon, he made his senior career debut in 1993 for the Raleigh Flyers of the USL. In the same year, the defender went on to captain the USA at the FIFA World Youth Championship in Australia.

Likewise, he went on to play for the USA at the 2003 FIFA Confederations Cup and helped his national side qualify for the 2006 FIFA World Cup. He finished his career with 44 valuable international caps for his team.

The former LA Galaxy player married wife Rosalind Berhalter - who played soccer during her college days - in 1999. Their love for the sport brought them together and helped them to understand each other better.

The USA coach made many transitions during his professional career, which gets on one's nerves as a player. But his wife was beside Greg in helping him overcome the situation.

As of now, the 46-year-old shares a beautiful house in Southport Corridor with his four children and wife.