By LRU Writer | On: July 16, 2019
Justine Anderson is also one of the supreme athletes who shot to fame playing basketball...was born on 19 November 1993 in Montross, Virginia...as a teenager and had a nick of basketball...father saw im playing and knew there was something in the making for young Justine...earned Third-team All-American and Second-team All-ACC honors... 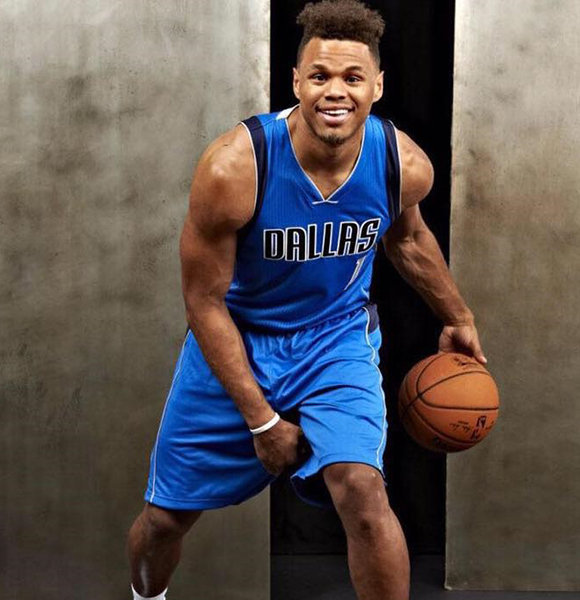 The National Basketball Association(NBA) grabs center stage when it comes to sports in America.

Justine Anderson is one of the supreme athletes, who shot to fame playing basketball. The Atlanta Hawks shooting guard is renowned for his outfield play and shooting three-pointers.

Talking about career stats, Justine has played 216 games with an average of 5.3 points per game with 30.2 three-point percentage.

Justine Anderson was born on 19 November 1993 in Montross, Virginia to mother Kim and father Edward Anderson II. He is the youngest child in his family with an elder sister named Resha and older brother Edward III before him.

Justine attended Montrose Christian High School as a teenager and had a nick of basketball even at that time.

His height of 6 feet 6 inches(2.01 meters) and decent weight complimented him massively to excel in basketball. During his high school days, his father saw him playing and knew there was something special in him.

So, his father coached him and his brother to play college ball at Mary Washington, in youth leagues. After completing high school, his father left the coaching to respected prep coach Stu Vetter.

Justine played college basketball at the University of Virginia from 2012 to 2015. During his stay there he shot career-high 46.6% from three points and earned Third-team All-American and Second-team All-ACC honors in 2015.

Performing exceptionally well in college, Virginia only lost a one-regular season with Justine in the lineup before Dallas Mavericks drafted him. Justine Anderson in pre-season for Atlanta Hawks in 2019 (Photo: soaringdownsouth.com)

The shooting guard had a pretty ordinary first regular season for the Mavericks where he acted only as a bench warmer. However, in 2016 playoffs, Justine played forty percent of the matches for Mavericks and was traded to the Philadelphia 76ers in exchange for Nerlens Noel.

As of now, he is playing for the Atlanta Hawks.

He has played 48 games in 2018-1019 regular season and scored with an average of 3.7 points. His basketball mates call him Simba from the famous Disney movie The Lion King.

Justine Anderson has gone through a lot of transition in his playing career.

Following his outstanding 12.2 points average per game in 2014-2015, he was offered a two-year contract with the Dallas Mavericks where his salary was $1,077,726 per year. After ordinary performances in Mavericks, Justine was soon traded to Philadelphia 76ers in 2017 where he was paid $1,579,440 per year for two years.

As of now, Justine finds himself in the colors of Atlanta Hawks. From his appearance, for the Hawks, Justine accumulates a salary of $2,516,047 per year which takes his net worth around the 4 million figure.