By LRU Writer | On: January 24, 2020
Natalie Gulbis is a professional golfer...has competed in the LPGA Tour in the past...married to Josh Rodarmel from 2013...has a net worth of around...her parents are...stands at a height of 5 feet 9 inches or...American nationality...at the age of...relationship with her husband...interview with The New York Times around that same time...trying for a baby... 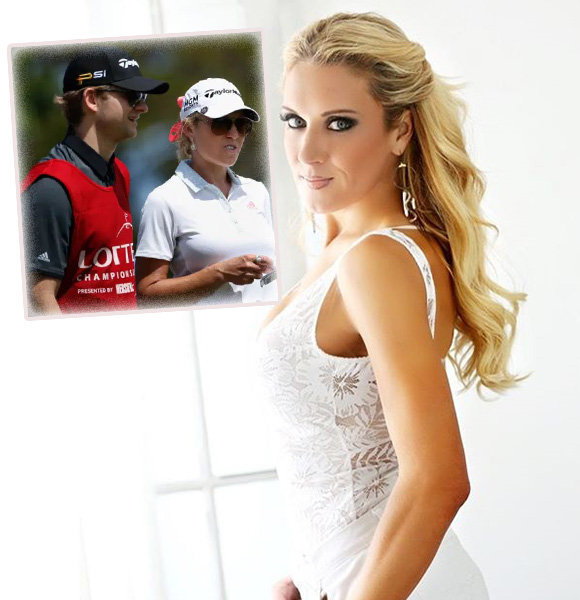 Natalie Gulbis is a veteran when it comes to golfing. The golf player, who turned pro in July of 2001, has competed in multiple tournaments and won more than $4 million in prize money.

Natalie is the recipient of the William and Mousie Powell Award in 2007.

Natalie is married to entrepreneur Josh Rodarmel. She tied the knot with Josh on the 23rd of December 2013 in California, the United States. The couple was trying to have a baby and start a family in around June of 2016. During an interview with The New York Times around that same time, she said the following:

I’ve been trying to have a baby. I’ve gone through a whole bunch of different ways to try to have children.

She also said that she considered retiring from the sport if she succeeded to become pregnant and have a kid. The professional golfer added:

I think I want to stay home, but I love golf, so I want to stay around golf. If I have the opportunity to do something in golf, it’s part of me. Golf’s in my blood. I’ll be around here doing something, I’m sure.

However, she hasn’t been successful in starting a family yet.

Natalie is the only daughter of her parents. Her father, Janis J. Viesturs Gulbis, or as he is commonly known as, John Gulbis, was a golf enthusiast himself. It was he who influenced Natalie into making a career in golf. As for her mother, her name is Barbara Christine (Clark).

She has two brothers: George and Charlie.

The veteran of the sport of golf has a net worth of around $4 million according to Celebrity Net Worth.

The first big year for her in terms of financial success was 2005. She earned more than $1 million, $1,010,154 to be exact, for the first time in her career that year. And in doing so, she also set an LPGA record at the time for most money earned in a single year without a victory. The record has since been broken.