By LRU Writer | On: December 11, 2019
Football is for sure a tough sport...Philadelphia Eagles' wide receiver Nelson Agholor...ruled out for... his knee injury appeared...not the first time...played college football at the...signed a 9.3 million, a 4-year contract that...rumors that the Eagles might trade...is not a married man yet...in a relationship with his girlfriend...first met at... 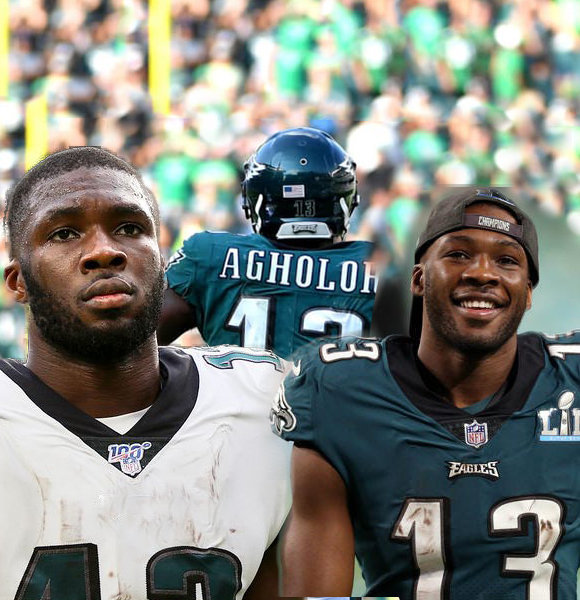 Football is, for sure, a tough sport as every NFL season, there is numerous injury news on the field. This time, it's Philadelphia Eagles' wide receiver Nelson Agholor.

The Eagles' star player was ruled out for 9th December's match against the New York Giants due to a knee injury.

The details of Nelson's injury is not known precisely. It's almost as if his knee injury appeared out of nowhere. There is a possibility that the player might have hurt himself during practice sessions.

Nelson was ruled out due to his injury against the match with Giants. At first, the fans were devastated as Eagles had a lot of pressure on them, but they did come back with a win against the Giants.

As for Nelson's injury, this is not the first time for the wide receiver. He had also suffered an ankle injury in 2015, but he made his come back after a short time.

Nelson started playing football since his high school days at the Berkeley Preparatory School in Florida. After completing high school, he played college football at the University of South Carolina.

He was drafted straight out of USC by the Philadelphia Eagles as its 20th pick in the 2015 NFL Draft. In 2015, Nelson signed a $9.3 million-worth 4-year contract that included a $5 million signing bonus, and an average annual salary of $2.3 million.

You May Be Interested:- Torrey Smith Retired, Contract, Career, Net Worth

But, in 2019, the fifth year of Nelson's rookie contract saw a hefty raise in his salary. Following his new lucrative deal, he is guaranteed a $9.387 million salary in 2019.

There were rumors in 2019 that the Eagles might trade Nelson with some other player. However, the transfer is yet to take place.

As for Nelson's fantasy projections, he showed better performance than the projected fantasy score at the beginning weeks of this NFL season. But, after the third week, his performance has been below the expected fantasy points. Well, if his performance does not improve in the coming week, it might affect his future with the Eagles.

The Eagles' wide receiver is not a married man yet. However, he has been in a relationship with his girlfriend Viviana Volpicelli for quite some time.

Nelson and Vivian first met at the University of Southern California, where they both studied. While Nelson got drafted into the professional sport in the 2015 NFL draft, Vivian stayed at college to complete her degree in Public Policy.

As of now, Vivian is an Instagram influencer and blogger - who writes about makeup, skincare, fashion, and more. Nelson Agholor with his girlfriend Vivian Volpicelli in 2018 (Photo: heavyeditorial.files.wordpress)

Vivian has always been a huge supporter of Nelson and his team. She is often seen besides Nelson celebrating his victory.