What Is Shaylee Gonzales Age? Details On Siblings, Family, Injury

By LRU Writer | On: November 19, 2019
Shaylee Gonzales bagged almost all the college honors taking home the WCC All-Freshman Team, Newcomer of the Year and...Josh both played basketball in their younger days at...she returns to playing again the point guard is eyeing a spot in the... things went downhill for the top scorer in mid-July in 2018 as she suffered from an... 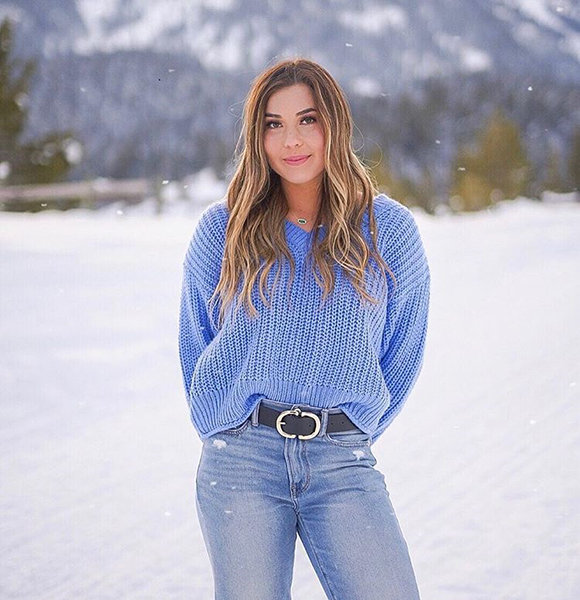 It’s tough to ask even for professionals basketball players to step into the basketball court and perform the best day in and day out. But, in the case of Shaylee Gonzales, all that fades away.

The point guard for Brigham Young University (BYU) is a force to be reckoned with, averaging 17.6 points and 5.6 rebounds per game in 2018. Not only that, she was leading the scoring and rebounding charts amongst her teammates.

As in 2019, she has bagged almost all the college honors taking home the WCC All-Freshman Team, Newcomer of the Year, and All-Tournament Team Award. Also, she was the 2019 US U19 World Cup Team Trails Participant.

Shaylee Gonzales was born on 2 May 2000 in Chandler, Arizona. She was raised alongside four siblings; two younger sisters named Kahlia and Skylie, and two younger brothers: Zaiah and CohenJ. Her parents, Candice and Josh, both played basketball in their younger days at Grand Canyon University.

As the eldest child in the family, Shaylee was quick to follow in the footsteps of her parents and draw interest in basketball. Also, she was lucky enough to have a coach in her own house: her mother. Now, Shaylee is making a recovery from a knee injury that she faced in mid-way of 2018. Similarly, after she returns to playing again, the point guard is eyeing a spot in the WNBA or overseas.

Shaylee Gonzales stands at 5 feet 10 inches (1.83 m) and plays in the point guard position for her team. The journey to pursue a career in basketball started for the Chandler native from a minimal age.

At first, she attended the Mesquite High School in Arizona. There, she played for four years and was the winner in basketball each year. Similarly, she was the first player in the history of the school to register 2000 career points.

Adding to the same, she registered forty double-doubles and seven triple-doubles averaging 21 points, 7.7 rebounds, 5.4 assists, and five shots per game. Just at the age of 14, the BYU offered her a scholarship looking at her performance in the camp.

As a freshman, the guard helped her team win the WCC Tournament Title and 2019 NCAA Tournament second round. That's not all; she was the all-time freshman record-setter for scoring.

However, things went downhill for the top scorer in mid-July in 2018 as she suffered from an ACL and lateral meniscus tear in the knee. Shaylee went onto have a successful surgery but was bound to miss the 2019-20 season due to the recovery period.